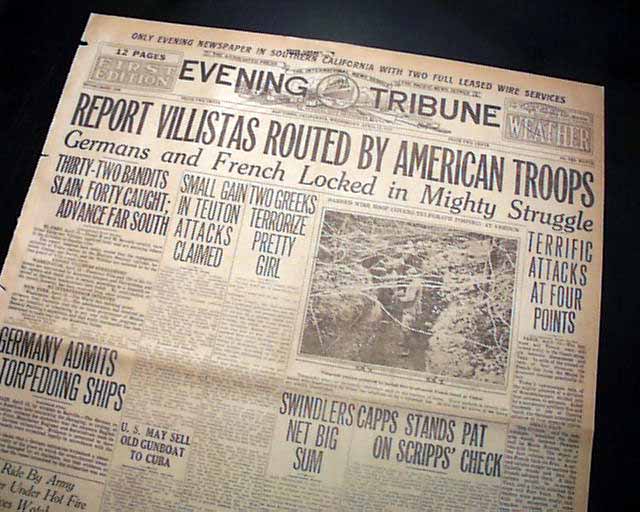 The front page has a nice banner headline: "REPORT VILLISTAS ROUTED BY AMERICAN TROOPS" with subhead. (see) Nice for display. Surprisingly this issue is in good condition being from the "wood pulp" era. Very hard to find issues that are not totally fragile from this era in paper. Rare as such.
Complete with 12 pages, small library stamp within the masthead, a little irregular along the spine, generally very nice.

wikipedia notes: The Battle of Parral, in April of 1916, was the first battle between soldiers of Venustiano Carranza, known as Carrancistas, and the United States military during the Mexican Expedition. When a small force of American cavalry was leaving the city of Parral, in the Mexican state of Chihuahua, a superior force of Carrancista soldiers attacked which resulted in a bloody running engagement.