Home > Back to Search Results > Germany is reunited after 45 years...
Click image to enlarge 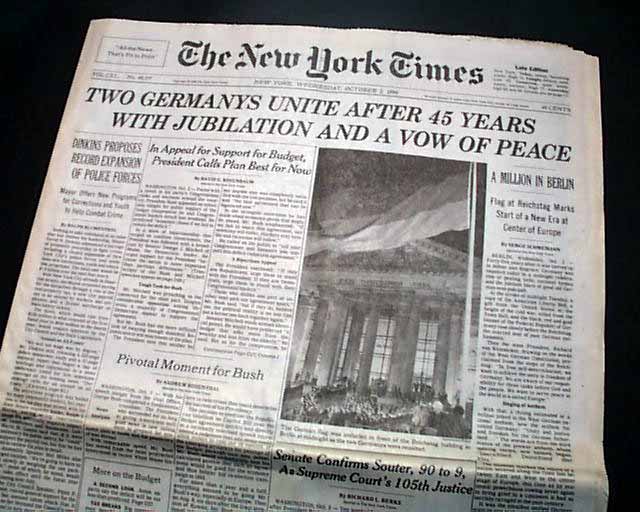 Germany is reunited after 45 years...

The first of this notable event we have offered in this iconic newspaper.
The banner headline announces: "TWO GERMANY UNITED AFTER 45 YEARS WITH JUBILATION AND A VOW OF PEACE" with various related subheads. Also a photo of the German flag unfurled in front of the Reichstag building in Berlin.
The complete first section with pages 1-34, nice condition.