Home > Back to Search Results > Nazis proclaim that London is ablaze...
Click image to enlarge 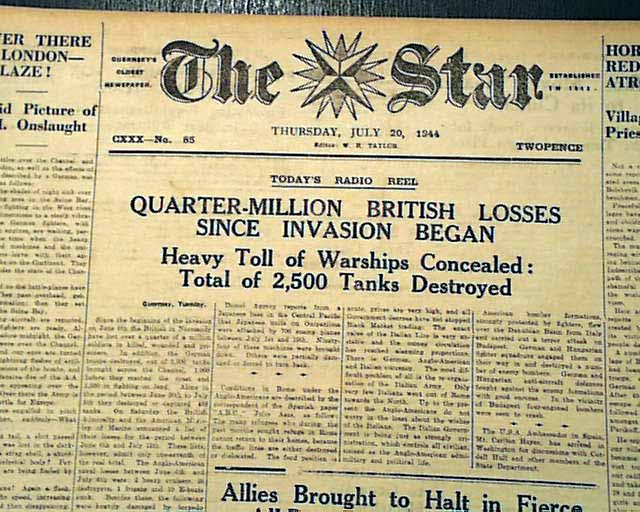 This island was occupied by the Germans during World War II so all reporting is pro-Nazi propaganda, yet in English as residents were British. The front page includes: "Over There Is London--Ablaze!" "Vivid Picture of V.I. Onslaught" "Allies Brought to Halt in Fierce All-Day Battle in Normandy" "Quarter-Million British Losses Since Invasion Began" "Horrors of Red Army Atrocities - Village Massacre: Priests Crucified"
Four pages, nice condition. 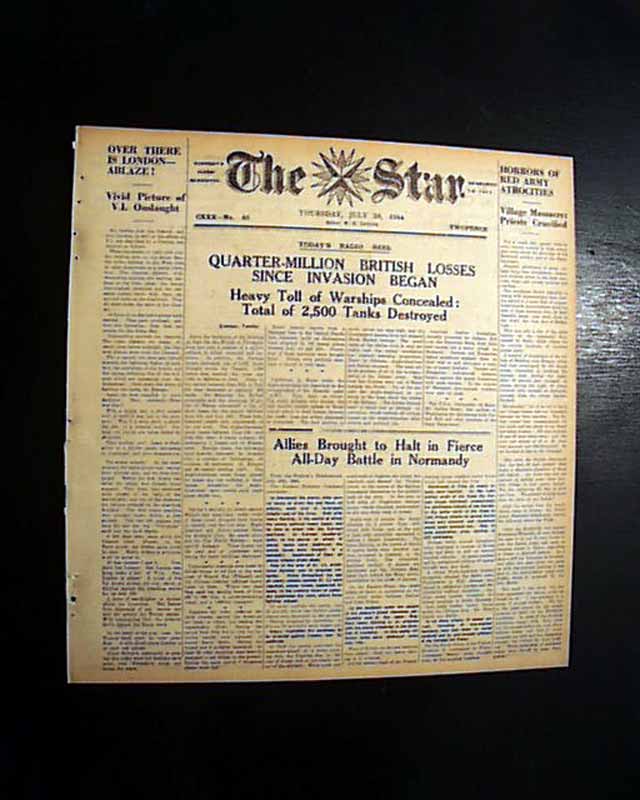 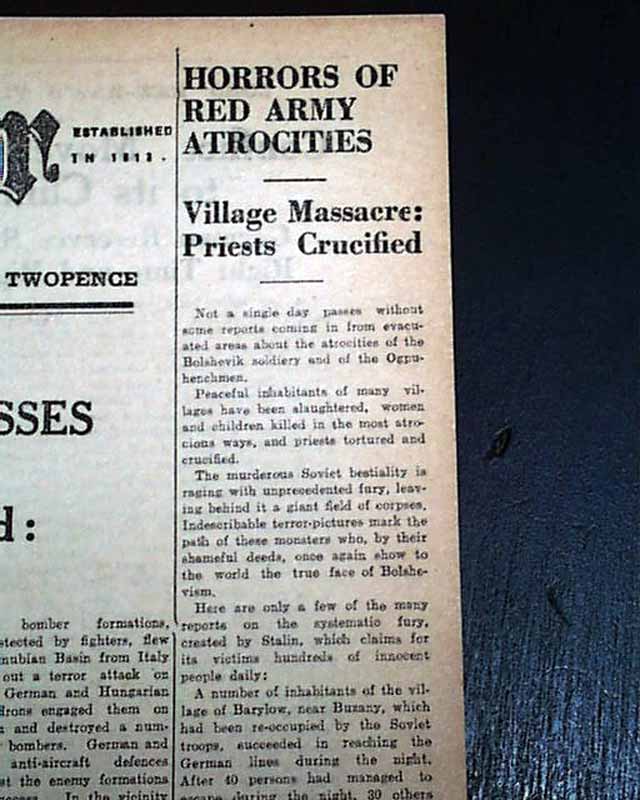 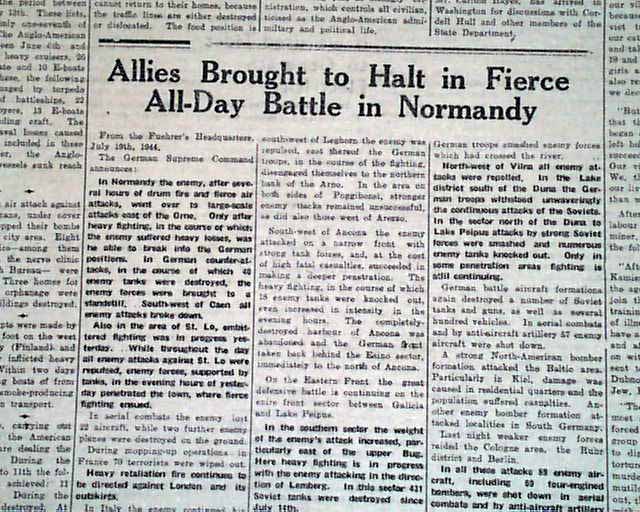 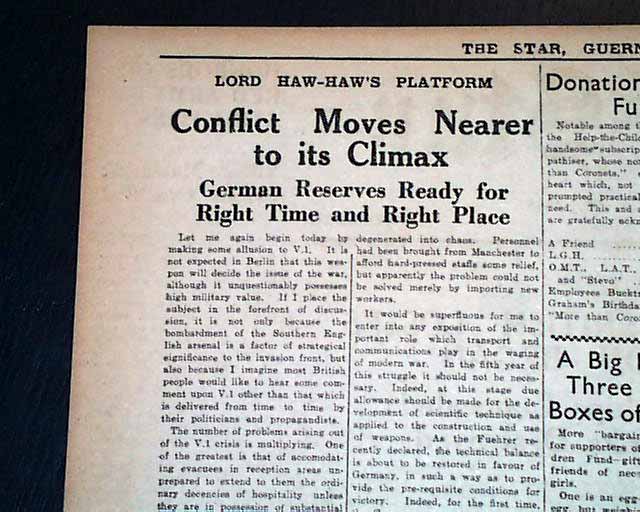