Home > Back to Search Results > Letters of a signer of the Declaration...
Click image to enlarge 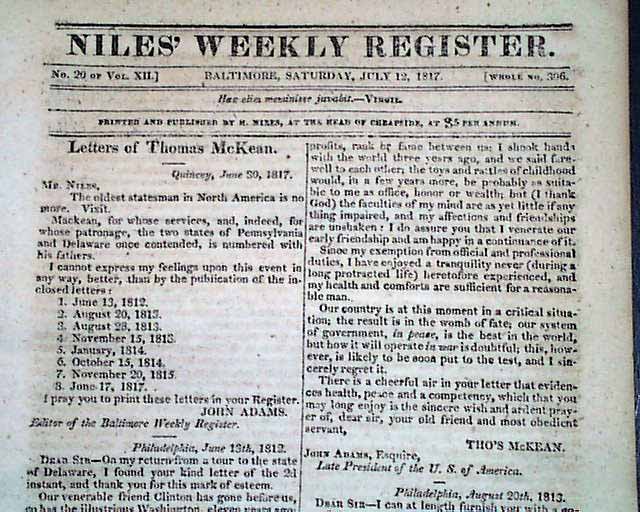 Letters of a signer of the Declaration...

* Thomas McKean
* signer of the Declaration of Independence

The first four pages are taken up with the: "Letters of Thomas McKean", a signer of the Declaration of Independence who recently died. Other items within include: "Defeat of Sir Peter Parker" "the Locust" "Domestic Manufactures" and much on the: 'President's Tour"
Sixteen pages, 6 by 9 3/4 inches, nice condition.