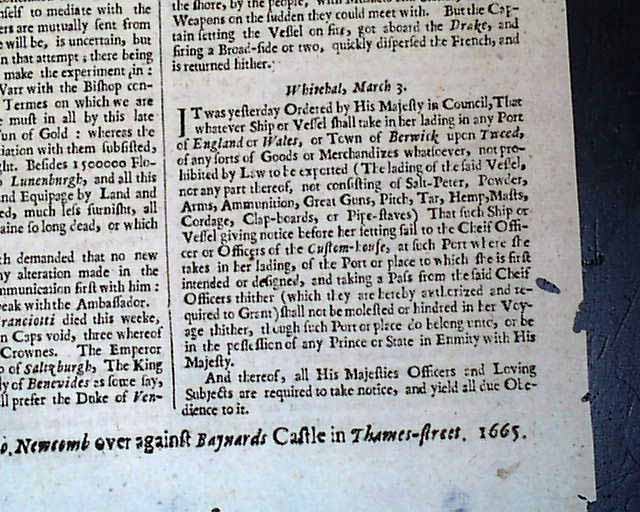 A very early issue of the world's oldest continually published English language newspaper. This is just the 32nd issue published.
The front page has a report concerning the ceremonies for the coronation of the King of Belgium, plus some treaty discussions carrying over to page 2There is a section under "Whitehall" concerning an order by the King of England.
Complete as a single sheet newspaper, 7 by 11 inches, very nice condition.
An opportunity to purchase an extremely early issue of this world famous title.