Home > Back to Search Results > From the year of the great London Fire & the Plague, 1666...
Click image to enlarge 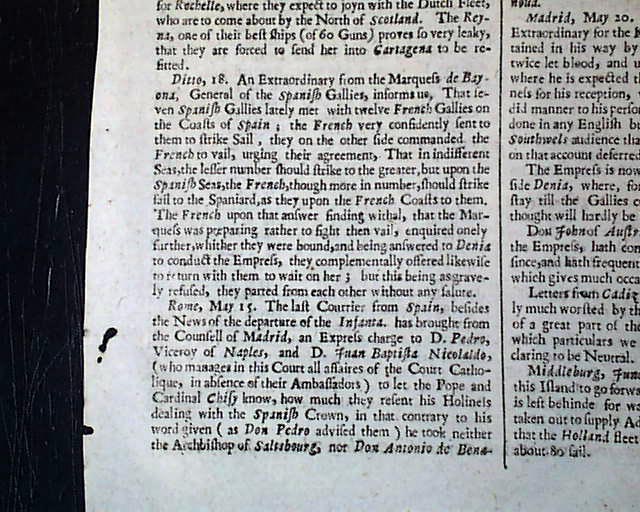 An extremely early issue of the world's oldest continually published English language newspaper, having begun in 1665.
The news from Rome has some talk of the Pope, and a report from Paris begins: "The King has put off his voyage to Rochelle intending to pass the summer at Fountainbleau...".
A very nice issue from the year of the great London Fire (this issue is from 3 months prior) and from the era of the Great London Plague.
Complete as a single sheet newspaper, 7 by 11 inches, very nice condition.