Home > Back to Search Results > Reference to the Great Plague of 1666...
Click image to enlarge 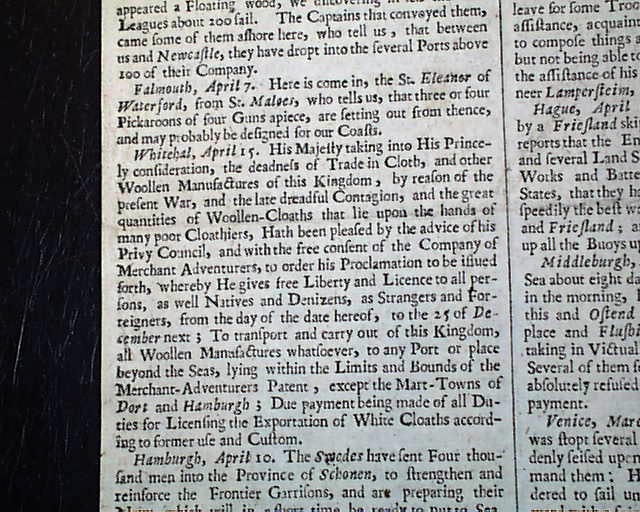 Not only is this the oldest continually published English language newspaper in the world, having just begun the year prior in 1665, but it is an extremely early issue, being issue #44.
The front page has a report from Whitehall in London (location of the Royal courts) with rare reference to the devastation of the Great Plague with: "His Majesty taking into his Princely consideration, the deadness of trade in cloth & other woolen manufactures of this kingdom, by reason of the present war, and the late dreadful contagion..." with more.
Complete as a single sheet newspaper, 7 by 11 inches, a tiny indent at the spine margin, nice condition. 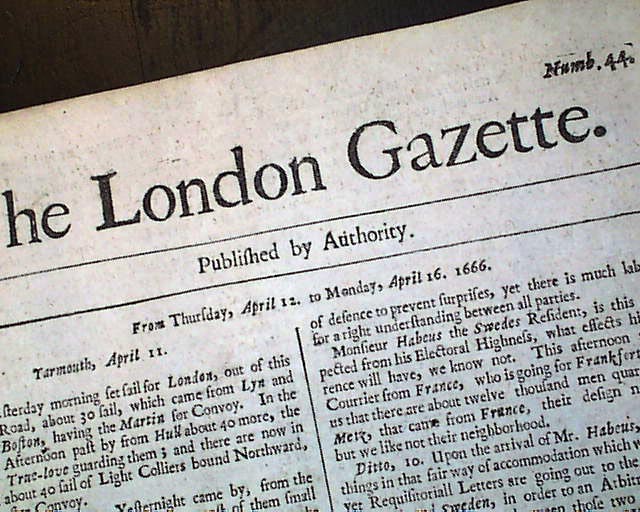 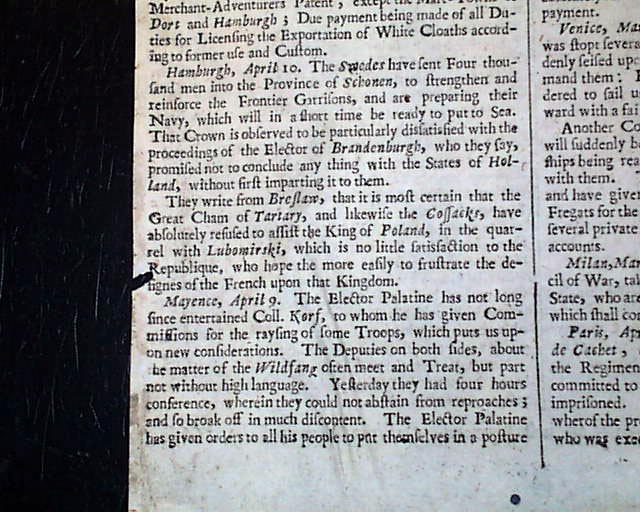 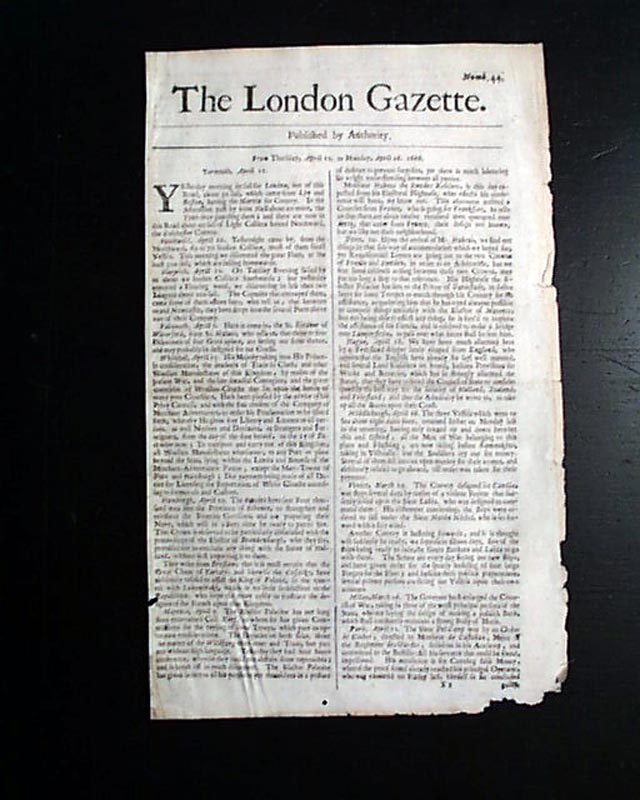 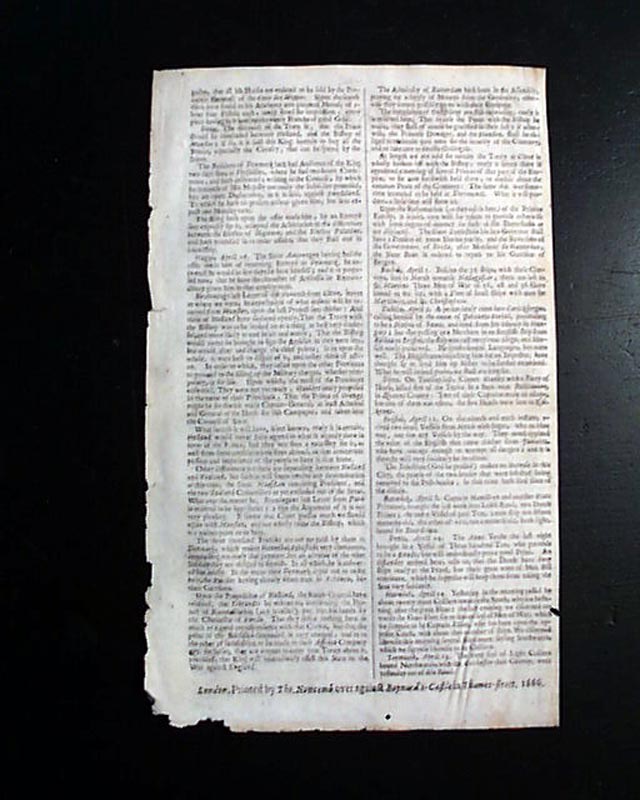 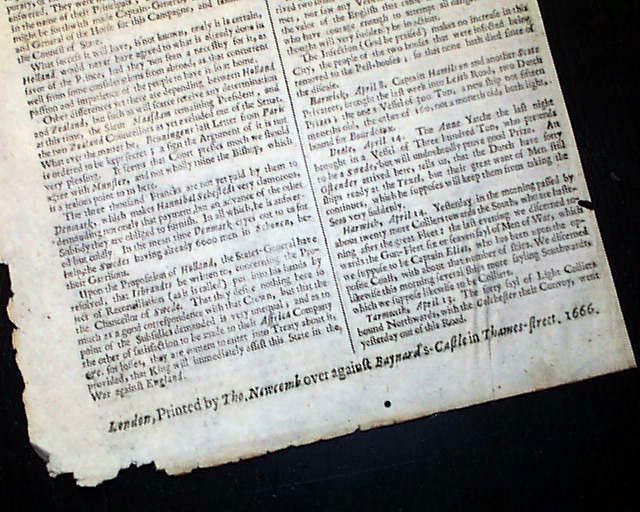