Home > Back to Search Results > Constitution for the new state of Alabama...
Click image to enlarge 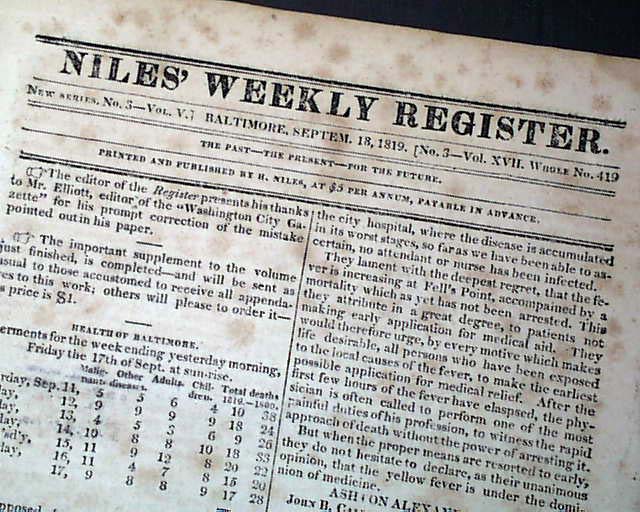 Constitution for the new state of Alabama...


NILES' WEEKLY REGISTER, Baltimore, A consecutive pair of issues dated Sept. 18 and 25, 1819  Typically, prior to formally becoming a state of the union a territorial government needs to create and approve a Constitution that would not be in conflict with the federal Constitution.
Printed in these two issues in its entirety is the "Constitution of the State of Alabama, Adopted Aug. 2, 1819" with this text taking 4 full pages of the Sept. 18 issue and the first five pages of the Sept. 25 issue. Included also is the list of members of the convention.  A few months later Alabama would be accepted into the union.
You get both issues, each complete in 16 pages 6 1/4 by 9 3/4 inches, with scattered foxing, nice condition.