Home > Back to Search Results > James Dean... one of the best to be had on the iconic teen actor...
Click image to enlarge 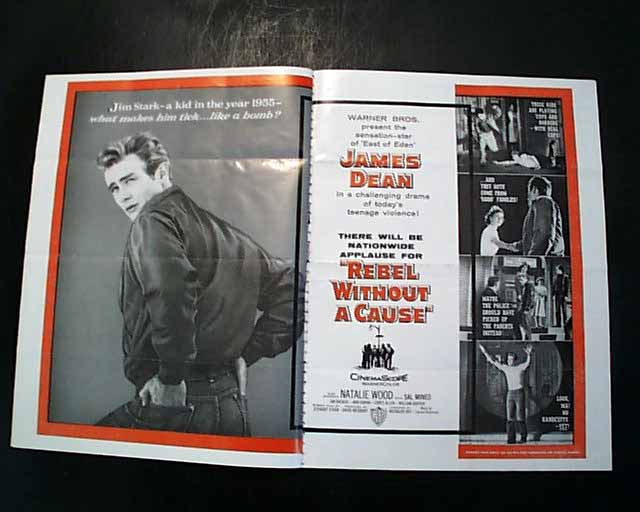 James Dean... one of the best to be had on the iconic teen actor...

James Dean remains a cultural icon of the troubled & struggling teen from the 1950's, and his aura only increased when he died young in a car crash on September 30, 1955, the day after this issue was published. Although he only starred in 3 films (his third, "Giant", was released posthumously) his premature death cemented his legendary status. His role as Jim Stark in "Rebel Without A Cause" was his most celebrated role.
This is a terrific issue, for as the title suggests this periodical is themed entirely on the motion picture industry. A double page spread is a very nice, graphic promotion for the film "Rebel Without A Cause", including a full page iconic photo of Dean headed: "Jim Stark--a kid in the year 1955--what makes him tick...like a bomb?" The facing page promotes the film & features 4 photos of him, Natalie Wood, and others. Sal Mineo starred in this movie as well.
A terrific issue with this very graphic doublepage promotional piece on James Dean's most celebrated film and dated the day before he would die!
Complete in twelve pages, small binding holes at the spine and a bit irregular here causing some minor separation. The paper is glossy stock and in nice condition measuring 9 by 12 inches.