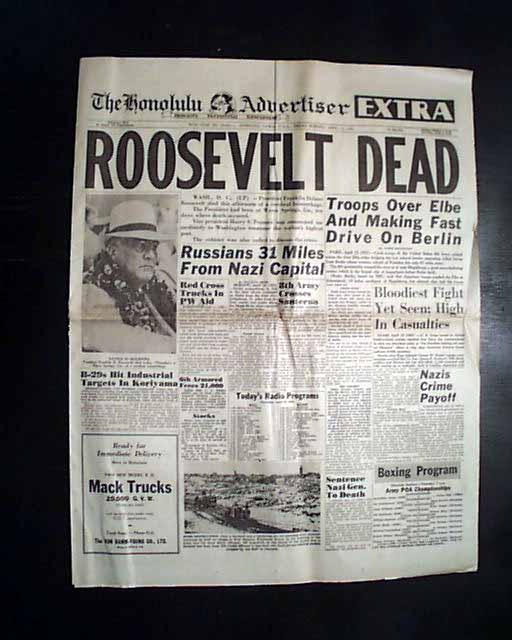 A nice issue on the death of President Franklin D. Roosevelt with a nice banner headline: "ROOSEVELT DEAD" with photo. (see) Nice for display. Nice to have from the origin of U.S. involvement in the war.
Complete as a 10 page extra, a little creasing, nice condition.