Home > Back to Search Results > Early report on the end of World War II...
Click image to enlarge 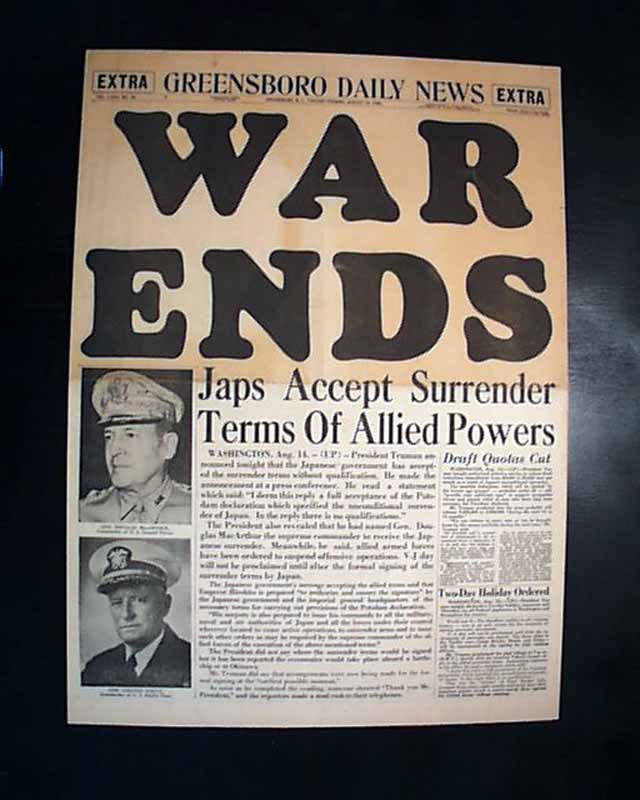 Early report on the end of World War II...

A very displayable front page as the large headline in bold lettering announces: "WAR ENDS" with: "Japs Accept Surrender Terms Of Allied Powers" and photos of MacArthur and Nimitz. The following pages is loaded with photos, illustrations and text on the highlights of the war. This is an early report as most newspapers did not announce the Japanese surrender until August 15.
Appears to be complete as a 4 page extra, toning to the upper half of the front page, otherwise nice and terrific for display.