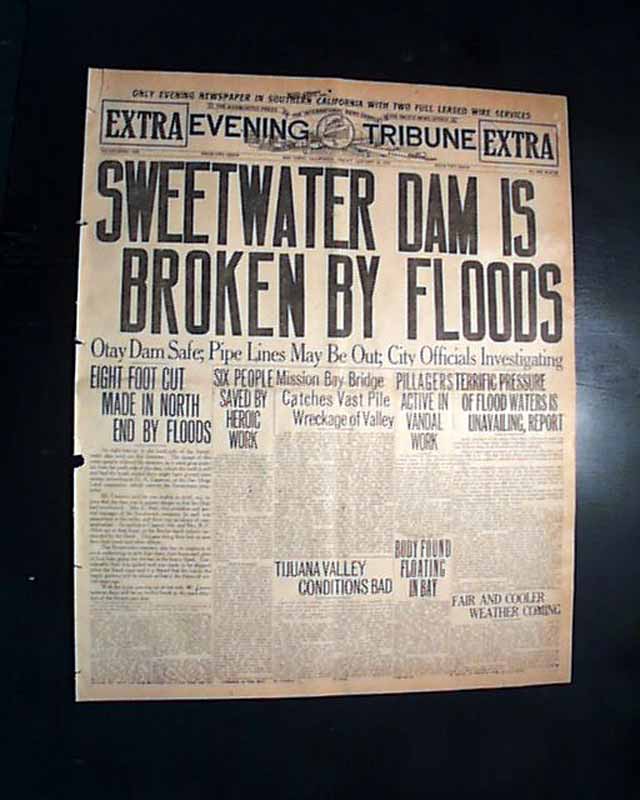 * Sweetwater Dam failure - broken
* Great Southern California flood of 1916
* Best title to be had ? - rare as such

The front page has a terrific banner headline in large lettering: "SWEETWATER DAM IS BROKEN BY FLOODS" and more with subhead. (see) Great for display. Surprisingly this issue is in good condition being from the "wood pulp" era. Very hard to find issues that are not totally fragile from this era in paper.
Complete with 12 pages, small library stamp within the masthead, a little irregular along the spine, generally very nice.