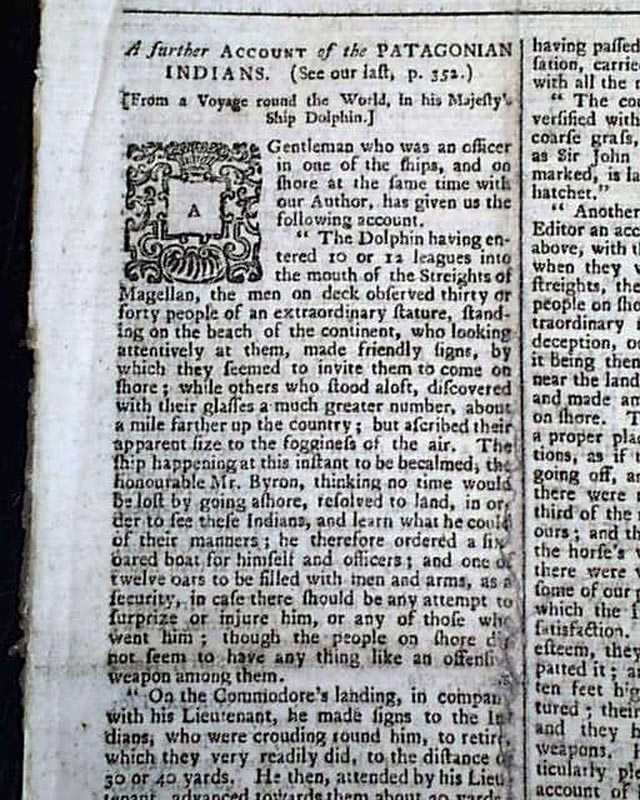 The front page has: "A Further Account of the Patagonian Indians". Inside has a rare & very early tennis report: "Yesterday the great match at Tennis between Tomkyns and Maccon was determined in favour of the latter; many of the nobility were present, and considerable bets depending." Also a report headed "America" is datelined from Pensacola, West Florida.
Eight pages, some rubbing to the front page, an archival mend on page 2, generally nice.