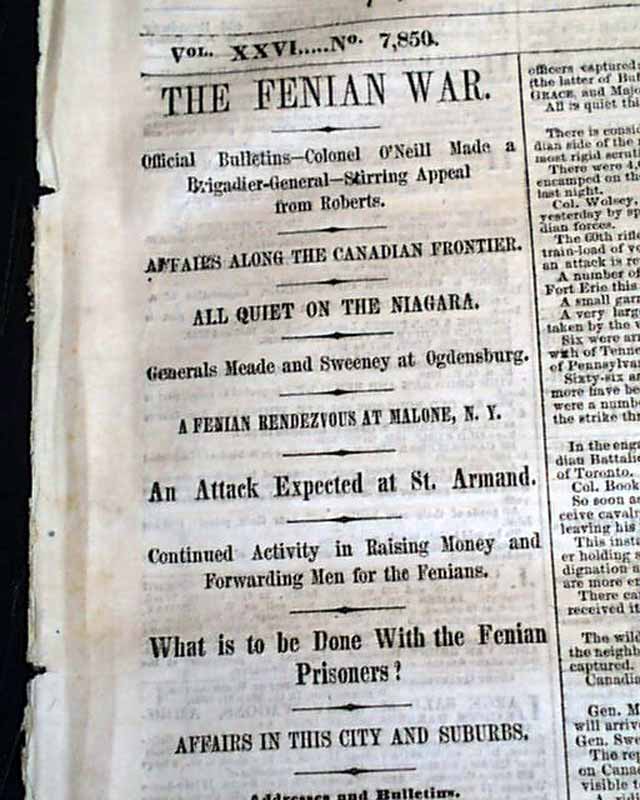 The front page has one column headings: "THE FENIAN WAR" "Official Bulletins--Colonel O'Neill Made a Brigadier-General--Stirring Appeal fro Roberts" "Affairs Along The Canadian Frontier" and much more. (see) Lengthy text.
Other news of the day soon after the end of the Civil War. Complete in 8 pages, nice condition.