Home > Back to Search Results > Includes the plate of the Newbury Bridge...
Click image to enlarge 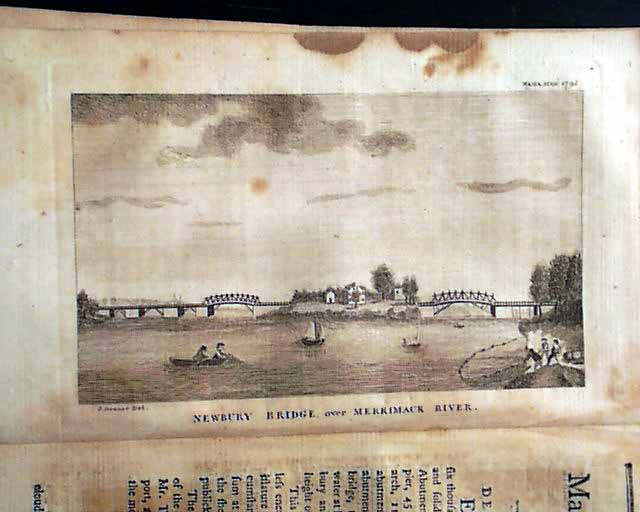 Includes the plate of the Newbury Bridge...

Eighteenth century American magazines are increasingly scarce in today's market. This title was published  by the famed Isaiah Thomas, the patriot printer from the Revolutionary War & founder of the American Antiquarian Society.
One of the best aspects of this issue is that the full page plate is still present, being: "Newbury Bridge over Merrimack River" which is accompanied by a nearly full page: "Description of the Plate" (see). Only rarely are plates of American scenes still found in such magazines. Typically they were removed years ago. The plate is in very nice condition with some foxing in the margins.
Other articles include: "Description of Cracow, in Poland" "Masonick - Social Influence of Free Masonry" & much more.
Near the back is: "Domestick Occurrences" with the latest news including such headings as: "Counterfeit Dollars" "Federal City Lottery" "Frontier Army" "Indian Depredations" & more.