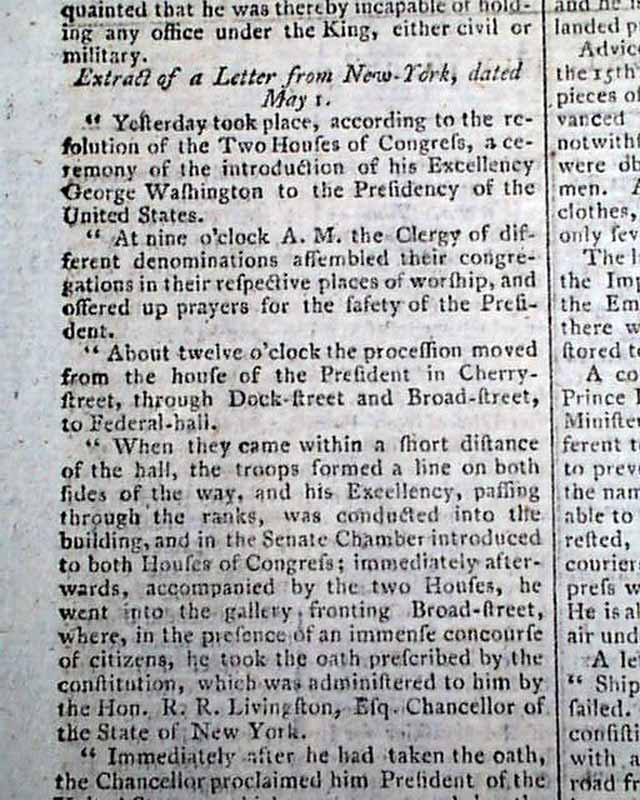 Certainly one of the more desirable events to have in a period newspaper is the first inauguration of George Washington. American issues with such content are virtually unobtainable today, and reports in any newspapers worldwide are extremely uncommon.
Here is a nice report of this significant event found on page 2, datelined: "Extract of a Letter from New York, dated May 1" with the text giving more details on the inauguration than is found in many American newspapers.
See the photos for the complete report, with portions reading: "Yesterday took place...a ceremony of the introduction of his Excellency George Washington to the Presidency of the United States...the procession moved from the house of the President in Cherry Street...to Federal Hall...where in the presence of an immense concourse of citizens he took the oath prescribed by the constitution..." with, as the photos show, much more including many details not found anywhere else.
A rare opportunity for an extremely significant & desirable report.
Complete in 8 pages, 8 1/2 by 11 1/4 inches, great condition. 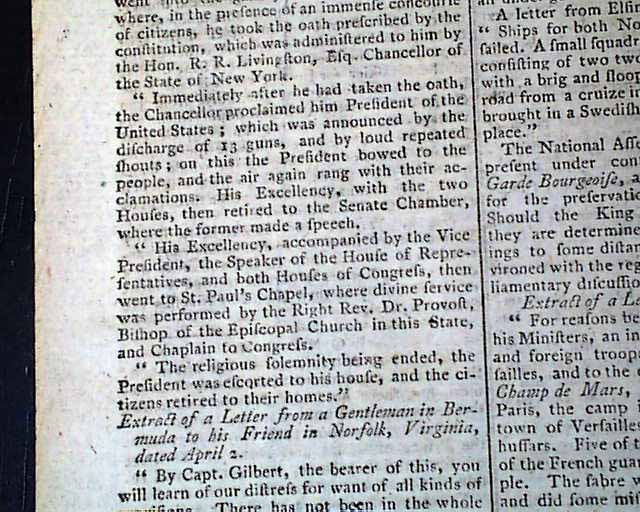 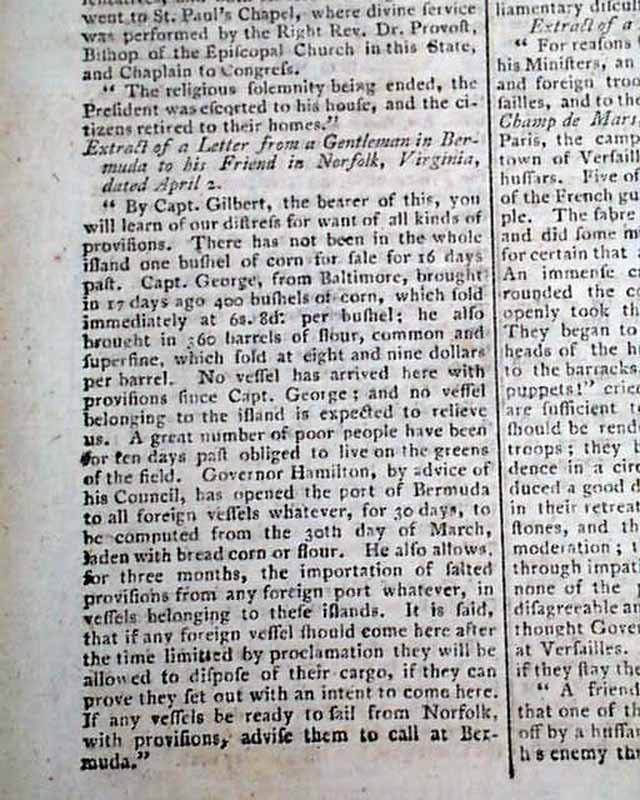 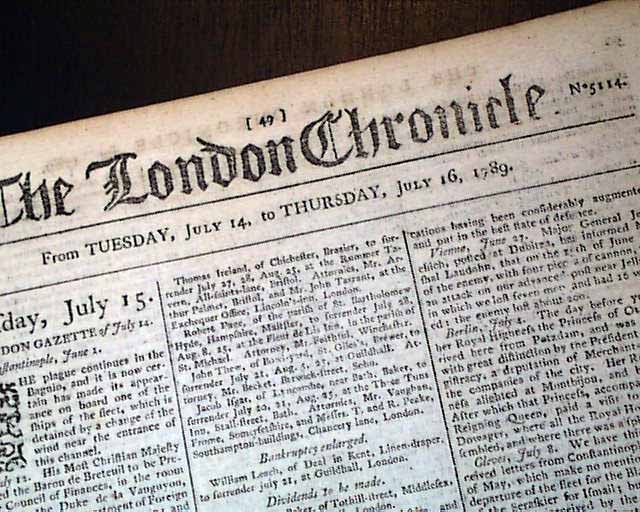 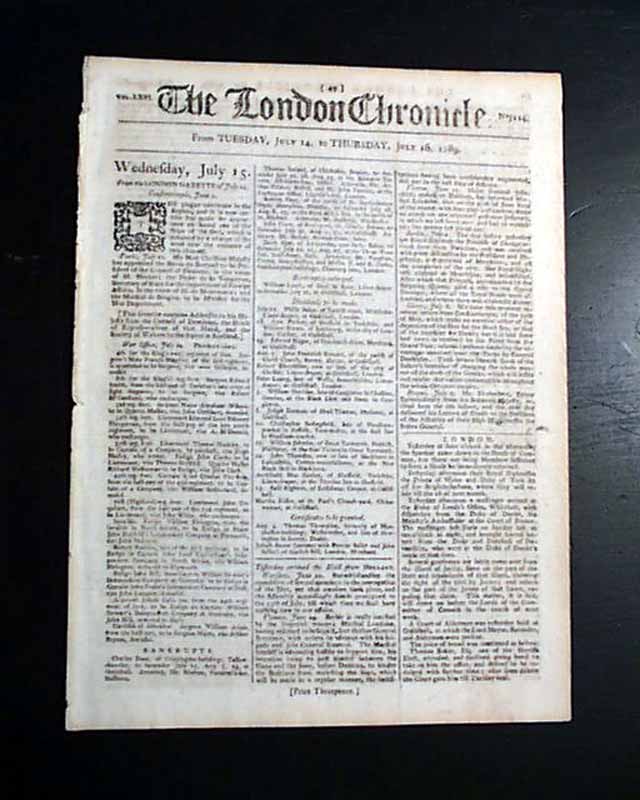