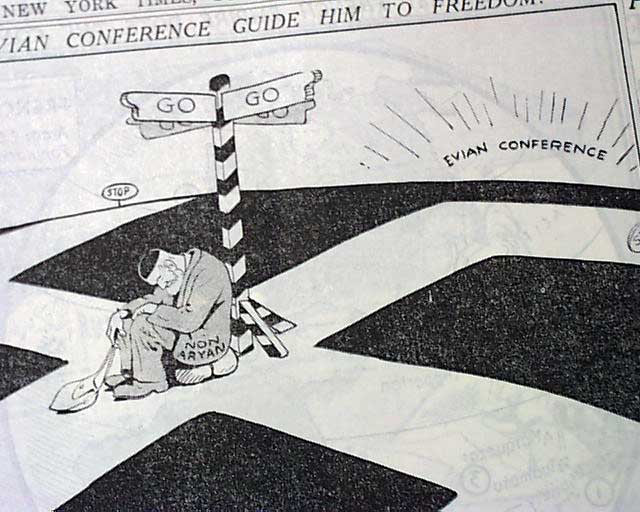 The top of an inside page (E-3) has a very notable political cartoon concerning the plight of Jewish refugees trying to flee Nazi Germany, notable enough that it is a feature display in the National Holocaust Museum in Washington, D.C.
This cartoon was created in anticipation of the Evian Conference, an idea of President Franklin Roosevelt to be held in France, meant to be a means to encourage all nations to accept more Jewish refugees. In the end it was a bust as few nations stepped forward including the U.S., creating some sense of hypocrisy. The internet has much more on the Evian Conference.
There are other Nazi-related cartoons on the following pages.  This is the complete Sunday edition with over 70 pages, and is the "rag edition" printed on very high-quality paper meant for institutional holdings. In excellent condition.