Home > Back to Search Results > Attempts to create the colony of Vandalia in America...
Click image to enlarge 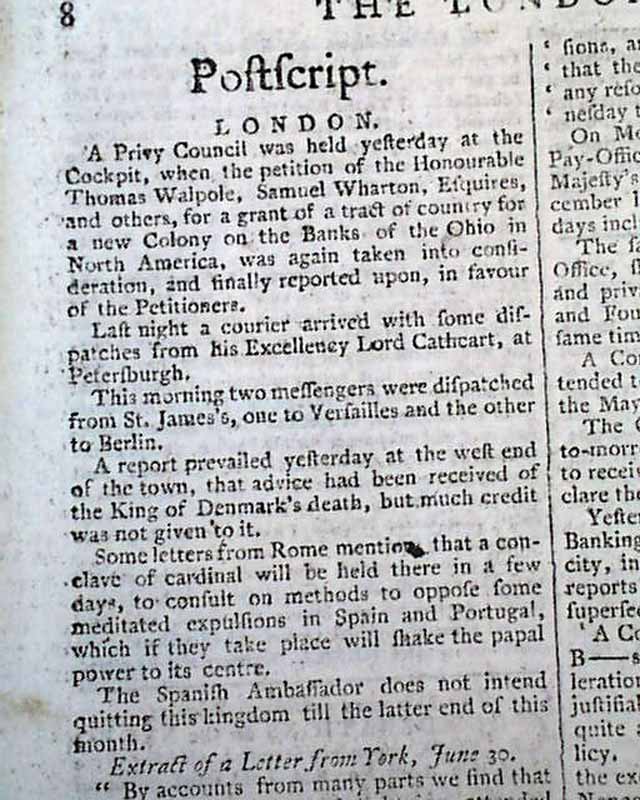 Attempts to create the colony of Vandalia in America...


THE LONDON CHONICLE, England, July 2, 1772  The back page has a brief item which recalls an interesting moment in American history: the proposed creation of the colony of Vandalia.
The report notes: "A Privy Council was held yesterday...when the petition of the Honourable Thomas Wallpole, Samuel Wharton...and others for a grant of a tract of country for a new Colony on the banks of the Ohio in North America, was again taken into consideration, and finally reported upon, in favor of the petitioners."
This was to be the colony of Vandalia, in present-day West Virginia and Kentucky, but the  British crown never formally approved.
Eight pages, 8 1/4 by 11 1/4 inches, very nice condition.