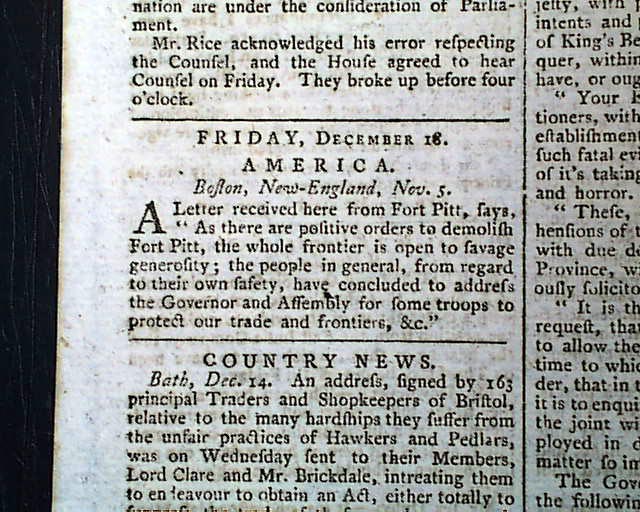 
THE LONDON CHRONICLE, Dec. 19, 1772  The second page has the follow-up petition from the Freeholders of Boston expressing once again their concern about the salaries of the judges of the Superior Court, as well as a request for a special meeting of the General Assembly to discuss this important and alarming matter.
A reply from the Governor says their reasons are insufficient and they have not altered his opinion in the matter. He also denied their request for a special meeting.
Also a small item noting: "...there are positive orders to demolish Fort Pitt, the whole frontier is open to savage generosity; the people in general...have concluded to address the governor...for some troops to protect our trade & frontiers...".
Eight pages, 8 1/4 by 11 1/2 inches, nice condition.