Home > Back to Search Results > The Grattan Indian massacre...
Click image to enlarge 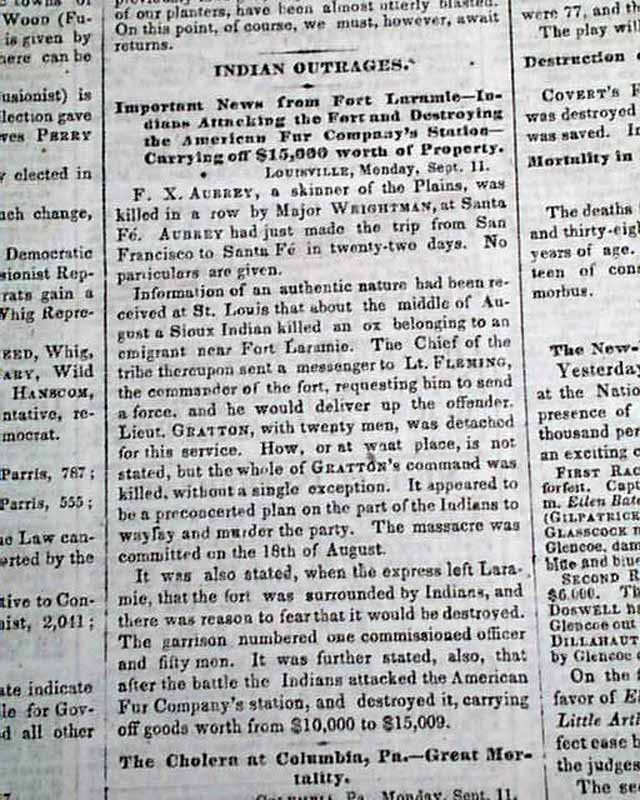 The back page has an article headed: "Indian Outrages" "Important News from Fort Laramie--Indians Attacking the Fort...." Early coverage on what was known as the "Grattan Massacre". This was the opening engagement of the First Sioux War, fought between United States Army and Lakota Sioux warriors in August 1854. It occurred east of Fort Laramie, Nebraska Territory, in present-day Goshen County, Wyoming.
Complete in eight pages, minor spine wear, very nice condition.