Home > Back to Search Results > Actions in the House of Commons...
Click image to enlarge 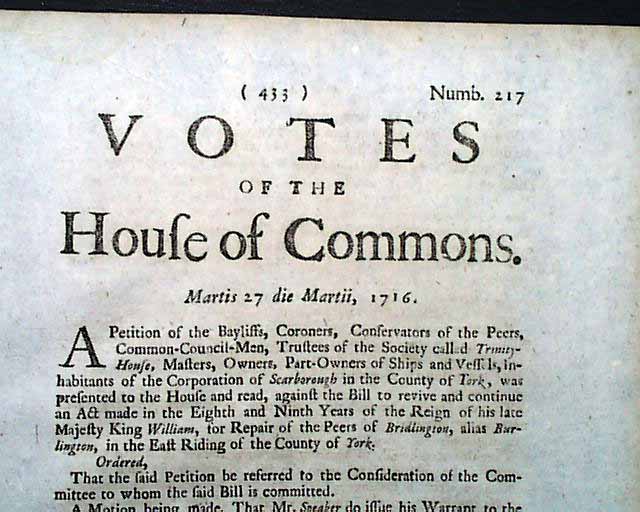 Actions in the House of Commons...

A rare British newspaper much the size of other titles of the day. As the title suggests the content concerns topics considered in the House of Commons including: "...to enquire into Abuses practised in the manufacturing Tobacco, had made some Progress in the Examination of that Matter, and it appearing to them that there hath been a great Fraud carried on of late by mixing several sorts of Leaves with Tobacco,..." .
Complete as a single sheet, 7 by 11 3/4 inches, very nice condition.