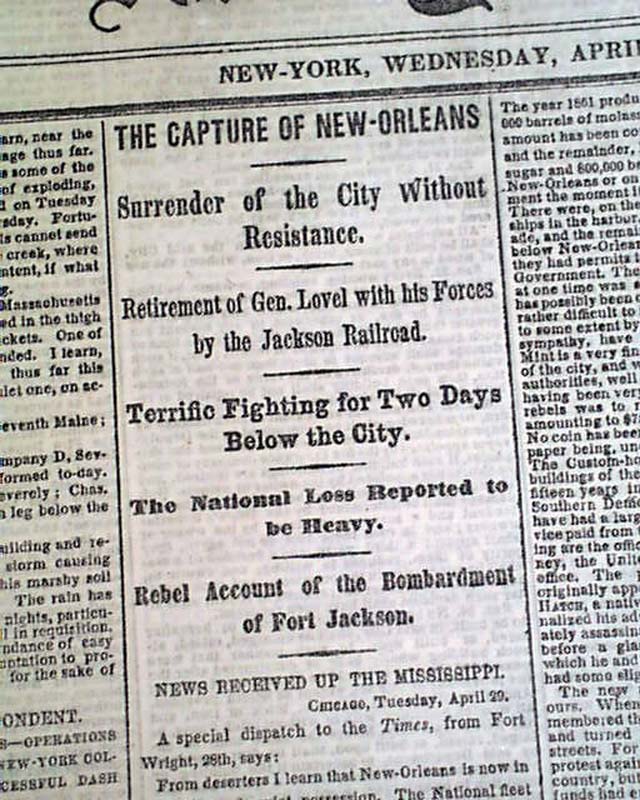 Among the front page column headlines on the Civil War are: "The Siege of Yorktown" "The Rebels Becoming More Wide Awake" "Another Gallant Skirmish & Destruction of a Rebel Battery" "The Capture of New Orleans" "Surrender of the City Without Resistance" "Terrific Fighting for Two Days Below the City" "Rebel Accounts of the Bombardment of Fort Jackson" "A Successful Cavalry Skirmish Near Corinth" and more.
Eight pages, very nice condition.