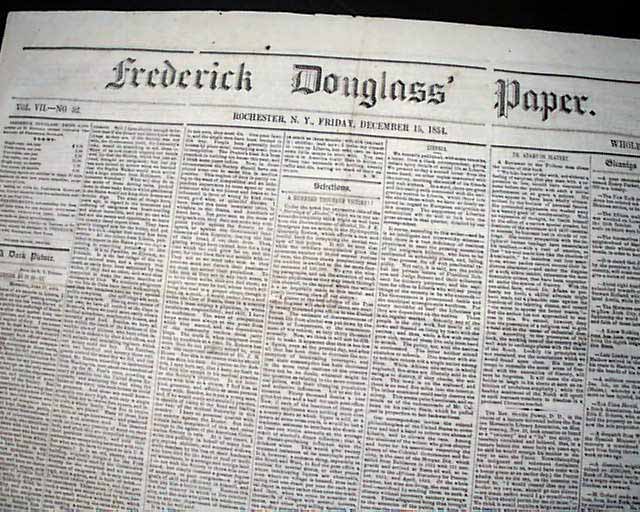 We are pleased to offer this exceedingly rare--and highly desirable--newspaper by the famed Frederick Douglass. This weekly title is the continuation of his newspaper "North Star" which began in 1847.
Among the various articles in this issue are those headed "A Hundred Thousand Victims!!" "Liberia" "Dr. Adams On Slavery" "Rochester Anti-Slavery Festival!" "Anti-Slavery Meetings in Chautauque County" "Unity of the Human Race" and much more.
Complete in four pages, never bound nor trimmed, just a bit of foxing, very nice condition.
A very fine and rare opportunity for one of the more sought-after titles of the 19th century.