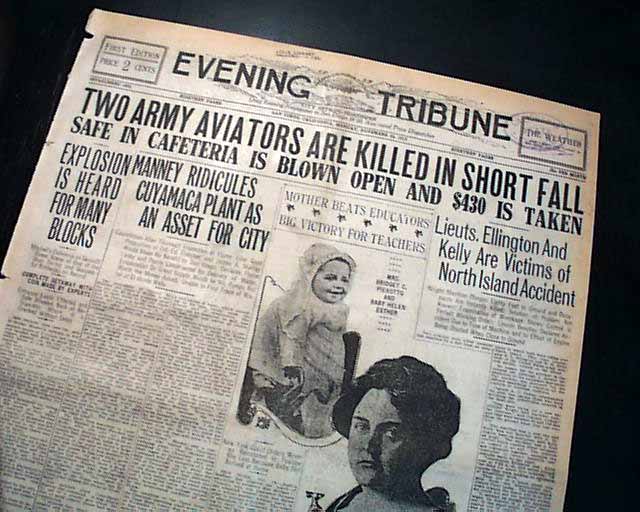 The top of the front page has a banner headline: "TWO ARMY AVIATORS ARE KILLED IN SHORT FALL" with subheads. (see) Surprisingly this issue is in good condition being from the "wood pulp" era. Very hard to find issues that are not totally fragile from this era in paper.
Complete with 18 pages, small library stamp within the masthead, generally very nice.

wikipedia notes: Eric Ellington (May 15, 1889 – November 24, 1913) was a United States Naval and later Army officer. He was one of the first U. S. servicemen to be killed in an airplane crash. A United States Naval Academy graduate, his nickname at the Academy was "Polly". Ellington and 2nd Lt. Hugh M. Kelly were killed at San Diego November 24, 1913 during a training flight for Kelly. Ellington was buried in Clayton, North Carolina, in the family plot.