Home > Back to Search Results > Death report from the Great Plague...
Click image to enlarge 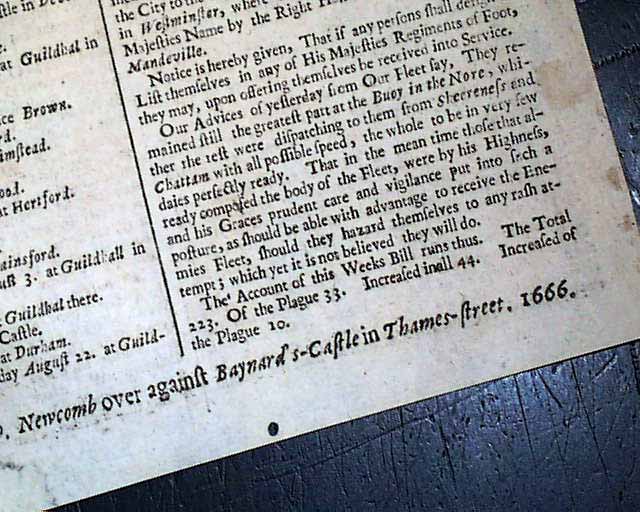 There is mention of the Great Plague in the back page report noting: "The Account of this weeks bill runs thus. The total 223. Of the Plague 33. Increased in all 44. Increased of the Plague 10."
A nice issue from the year of the great London Fire (this issue from less than 3 months prior) and from the era of the Great London Plague.
A single sheet newspaper, 7 by 11 inches, an archival mend near the bottom with a few creases near the bottom, a few small stains. 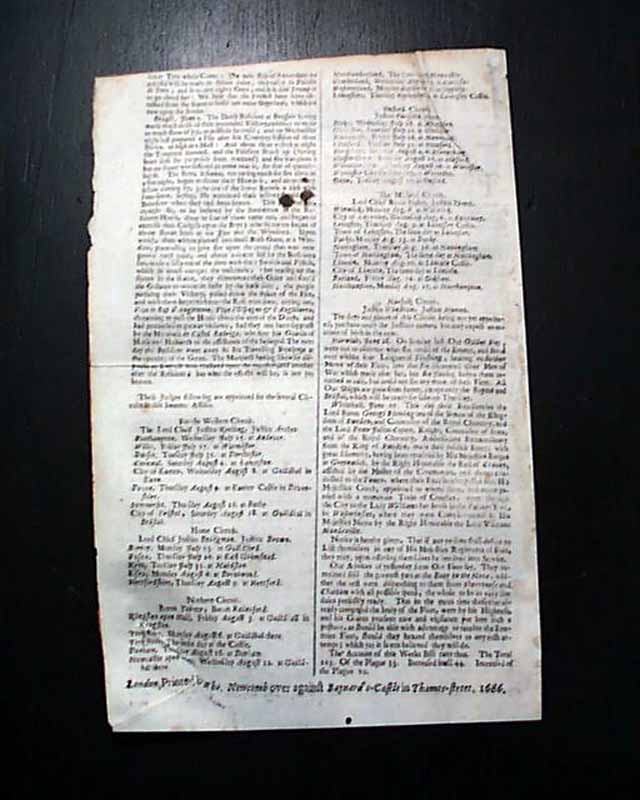 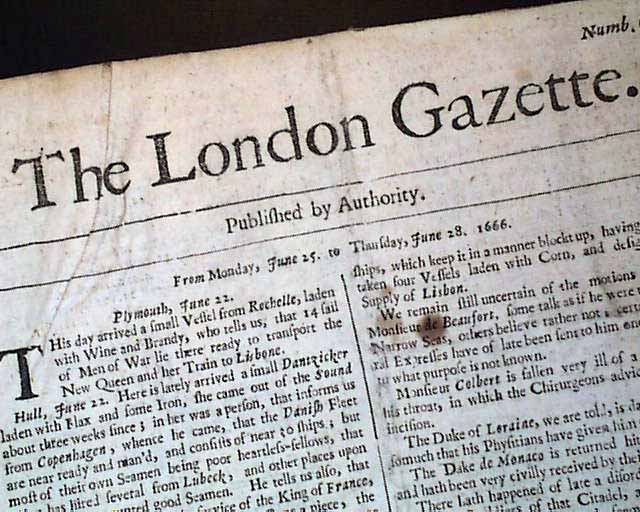 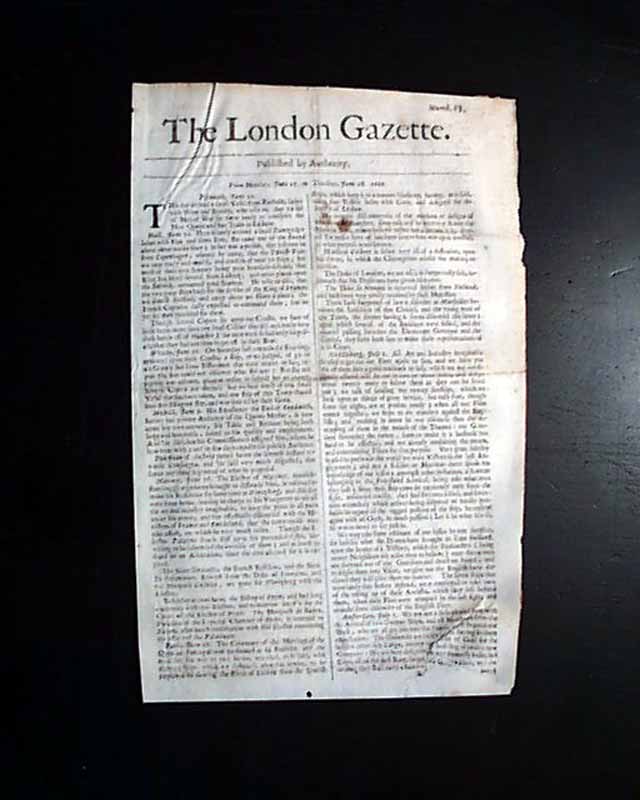