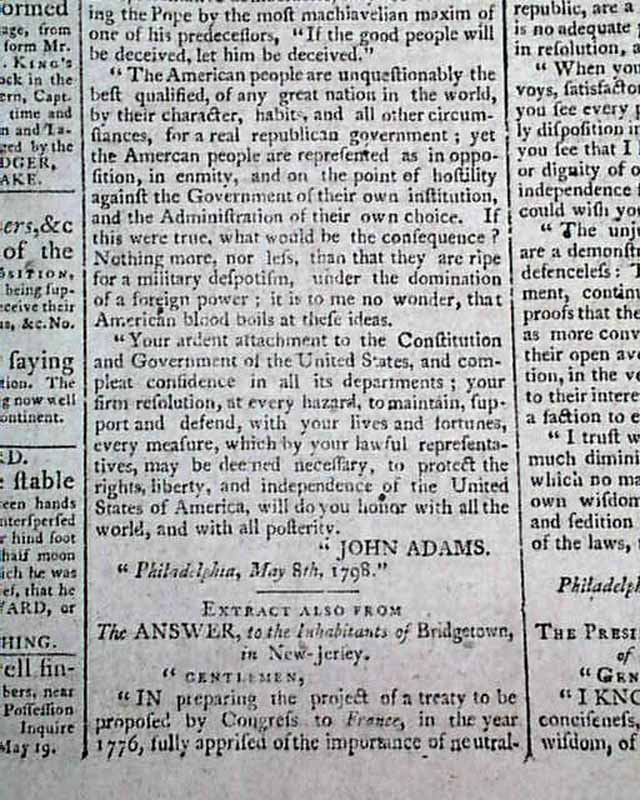 A nice issue for display as the front page contains not just one but six letters, each signed in type by the president: JOHN ADAMS. There are two more letters signed by Adams on page 2.
These letters are in response to letters sent to him by people or groups in Lancaster &  Harrisburg, Penna., and also Burlington & Bridgetown, N.J., and others.
Four pages, very nice condition.