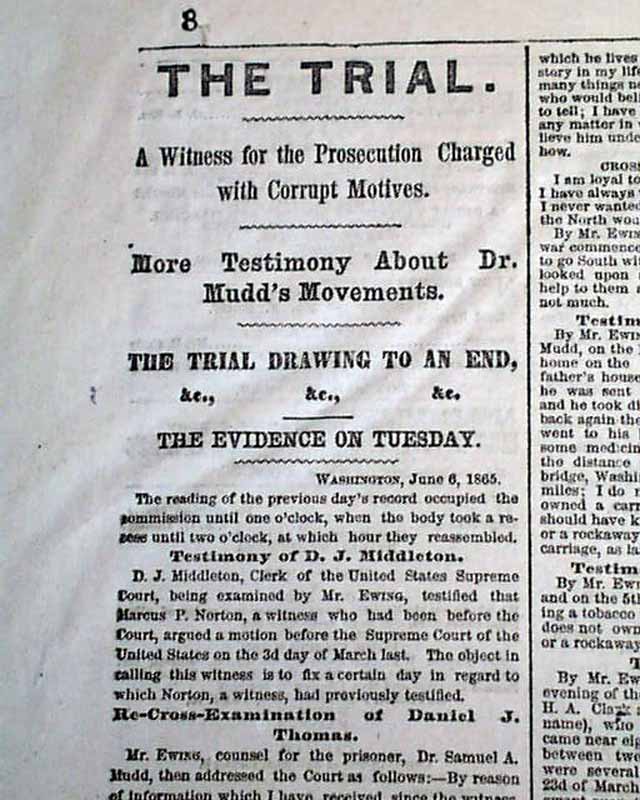 The ftpg. includes: "THE SOUTH" "Closing Scenes of the War in the Palmetto State" "Popular Joy of the Chivalry at the End of the War" "Progress of Reconstruction" "The Army & Navy" & more. The back page has: "THE TRIAL" "A Witness for the Prosecution Charged with Corrupt Motives" "More Testimony About Dr. Mudd's Movements" "The Trial Drawing to an End" "The Evidence on Tuesday" plus many subheads concerning various testimonies (see for portions). A portion of the report includes: "...were two or three witnesses he desire to examine still in defence of Mrs. Surratt, but that if they did not appear before the witnesses for the other prisoners had all be examined, he would not ask for any delay, but would be ready at any time to sum up in her defence...".
Eight pages, never bound nor trimmed, two creases, generally good condition.