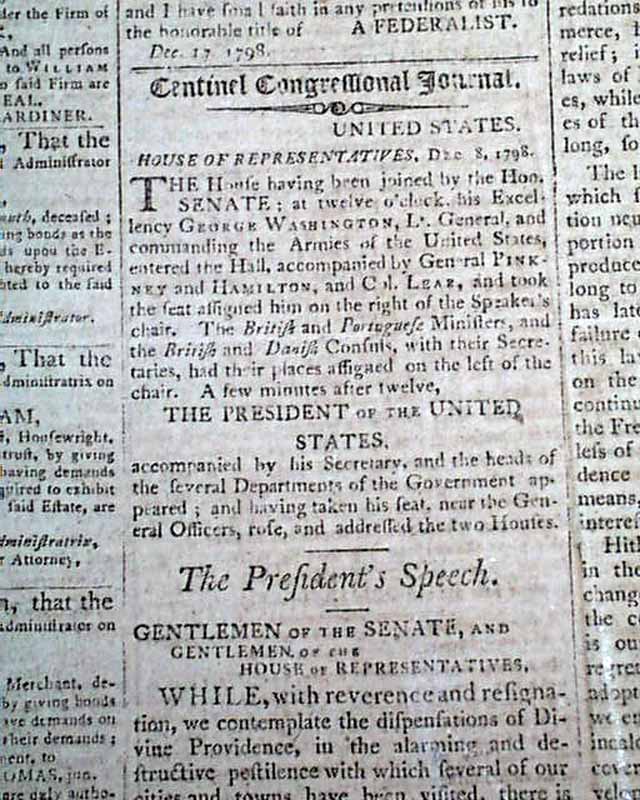 
COLUMBIAN CENTINEL, Boston, Dec. 19, 1798  Over half of the front page & a bit of page 2 are taken up with: "The President's Speech" signed in italic type: John Adams. This is the President's annual state-of-the-union address, a tradition begun by George Washington and continues to this day.
In a brief preface is a report about those who witnessed the speech, beginning: "...at 12 o'clock his Excellency George Washington, Lt. General & commanding the Armies of the United States entered the Hall, accompanied by General Pinkney and Hamilton, and Col. Lear & took the seat assigned him on the right of the Speaker's chair...".
The back page has an ad: "Wanted, For the FRIGATE Building in Boston..." with a list of ammunition needed for what was likely the frigate Boston, to be launched in May, 1799.
Four pages, archivally rejoined at the spine, several archival repairs inside, minor loss at the top margin affects 2 lines in the Adams speech.
Four pages, very nice condition.