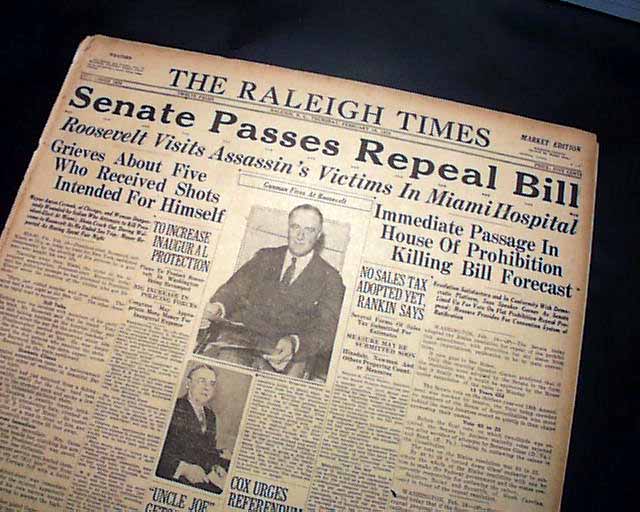 The top of the front page has a banner headline: "Senate Passes Repeal Bill" with subheads. (see) Nice for display. First report coverage on the United States Senate approving the repeal of prohibition.
Twelve pages, small piece torn away along the left margin (see), light even toning, a little margin wear, generally good.