Home > Back to Search Results > Titanic sinking as reported in the London Times...
Click image to enlarge 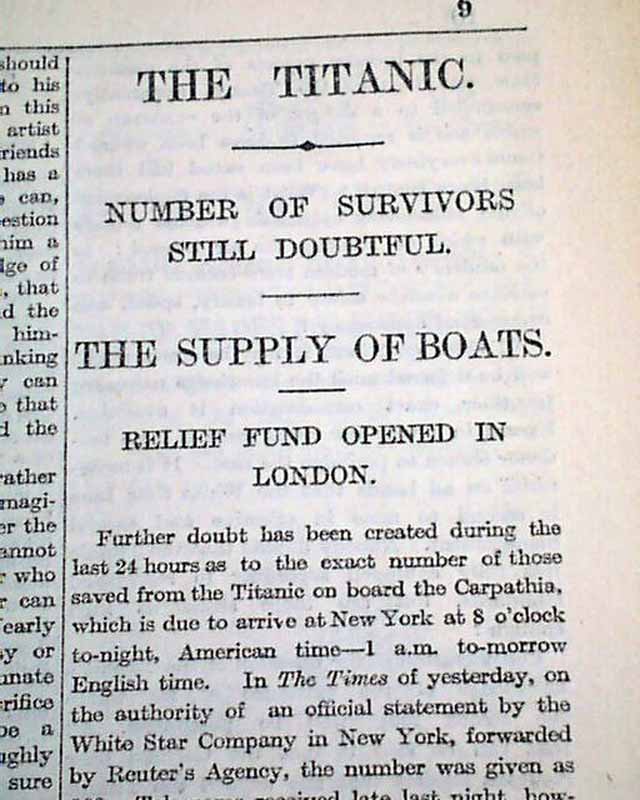 Titanic sinking as reported in the London Times...

In typical "Times" fashion this is a very modest presentation on the sinking of the Titanic, yet terrific to have in this revered newspaper from England, the country from which the Titanic inaugurated its fateful voyage. The entire front page is taken up with notices & ads, with page 9 having one column headings: "THE TITANIC" "Number Of Survivors Still Doubtful" and more.
The report takes an the entire last column & carries over to the next page with many more headings.
Complete in 22 pages, disbound and printed very high quality newsprint, nice condition.