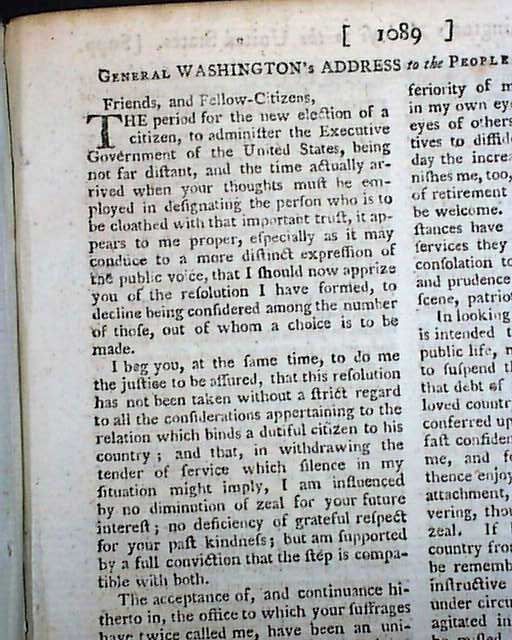 Item # 679422 SUPPLEMENT FOR THE YEAR 1796 for Gentleman's Magazine, England. Within this supplement issue, which was published at the end of the year, is a very significant document being President George Washington's Farewell Address. The very lengthy letter, printed here in full and taking nearly 7 pages, is headed: "General Washington's Address to the People of the United States" and which begins: "Friends, and Fellow-Citizens, The period for the new election of a citizen to administer the Executive government of the United States, being not far distant..." and much more. It is signed in type at its conclusion: G. Washington, Sept. 17, 1796. This same document in an American newspaper is over $900.
Included are the two plates called for, one of which is headed: "The House o Correction for the County of Middlesex, 1794".
Complete in 56 pages, a banner heading at the top of the first page with the title, 5 by 8 inches, very nice condition.