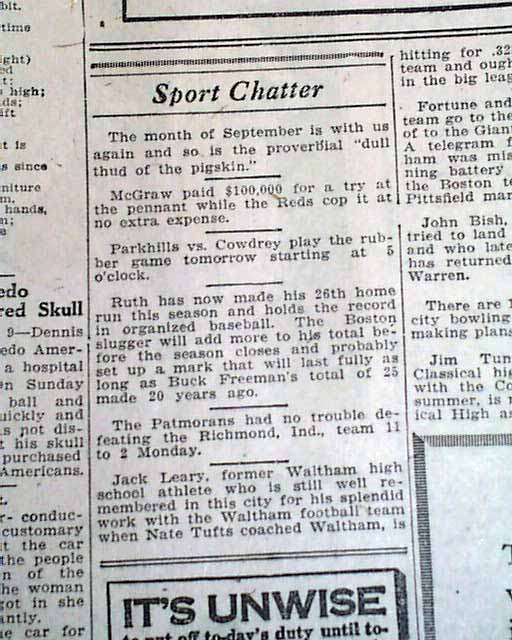 Page 6, under "Sport Chatter" is a brief report which begins with: "Ruth has now made his 26th home run this seasonand holds the record in organized baseball..." A very significant sports report as this first record-breaker for Babe Ruth thrust him into national prominence in the sports world, where he would remain. And interesting that he accomplished this as a member of the Boston Red Sox in a game against the Yankees. This would be his last season with Boston as four months later he would be bought by the Yankees.
Complete with 12 pages, light toning and a little wear at the margins, irregular along the spine, generally good. 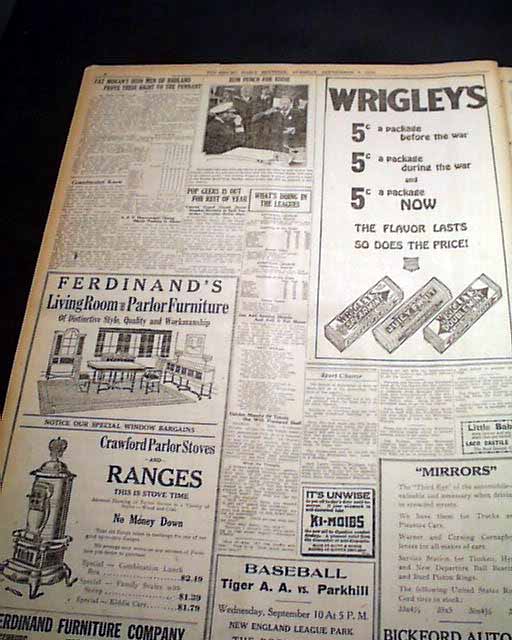 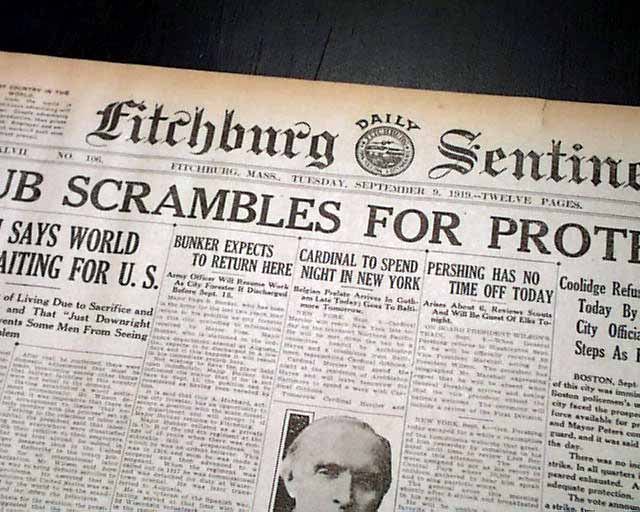 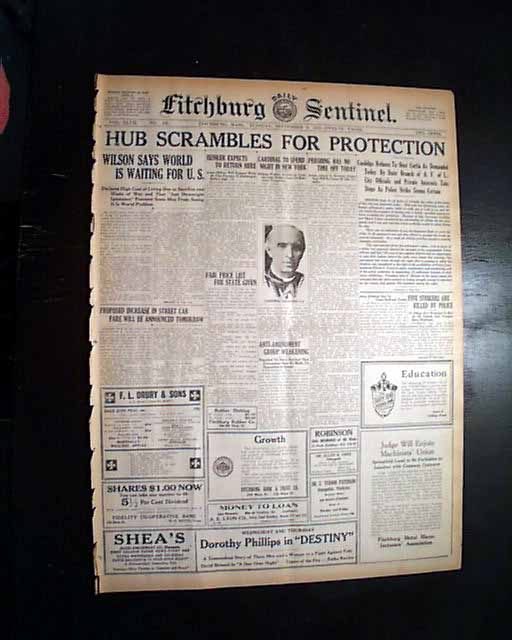