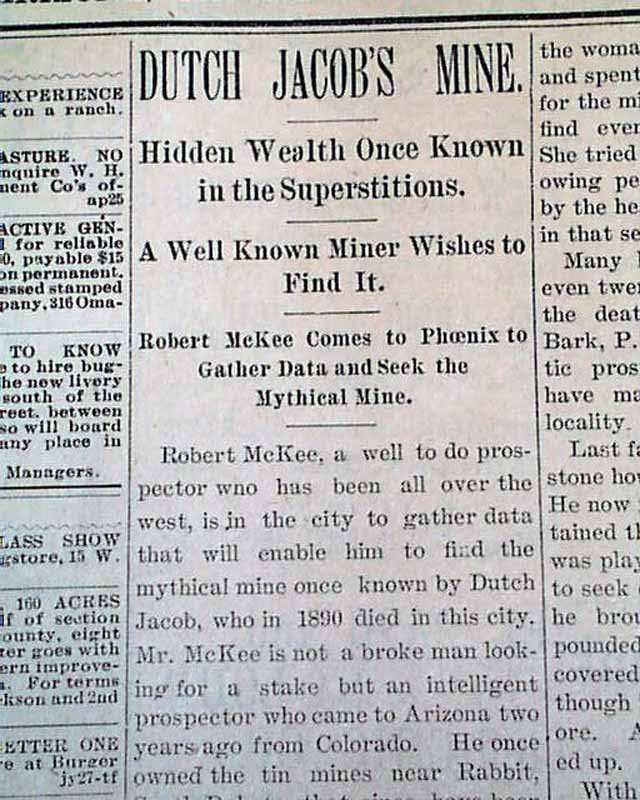 The middle column of the front page has a great article on one of the more notable stories of lore from the Old West: the search for the Lost Dutchman's gold mine.
Headed: "DUTCH JACOB'S MINE" "Hidden Wealth Once Known in the Superstitions" "A Well Known Miner Wishes to Find It" "Robert McKee Comes to Phoenix to Gather Data and Seek the Mythical Mine", the report takes nearly 1 1/2 columns.
The ftpg. also has: "Another Hold-Up" "Train Robbers Loot a Union Pacific Train".
Great to have this report in an Arizona newspaper.
Eight pages, irregular & partially loose at the spine, some foxing.