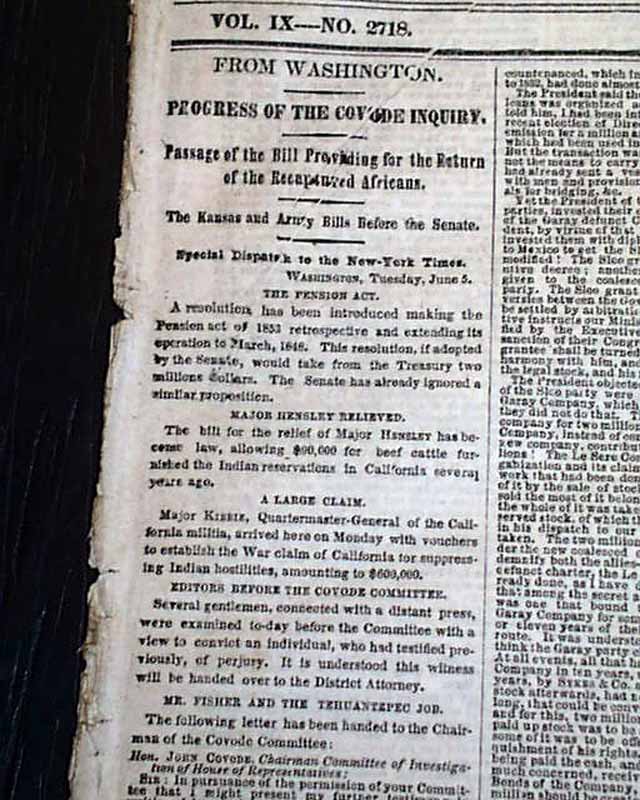 The front page has over half a column headed: "The Murders On the Oyster Sloop" "A Partial Confession from Hicks--He Admits His Guilt & Details Some of the Particulars of the Tragedy".
His name was Albert W. Hicks, aka William Johnson and "Pirate Hicks" & he confiessed to murdering his 3 companions & throwing their bodies overboard. He also claimed to have killed 93 others in California gold camps. Only July 13 he would die by hanging on Bedloe's Island, now known as Liberty Island with 10,000 people viewing from boats in the harbor. He was a character in an episode of the Twilight Zone in 1963. He was also the last person executed in the United States for piracy.
The ftpg. also has: "Passage of the Bill Providing for the Return of the Recaptured Africans"
Eight pages, nice condition.