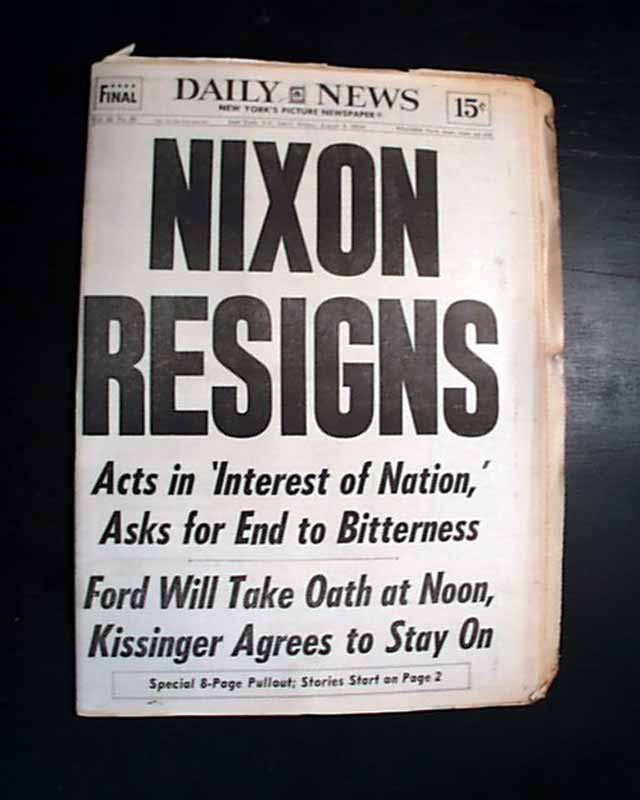 A very dramatic front page with over half of it taken up with: "NIXON RESIGNS". The balance has: "Acts in 'Interest of Nation', Asks for End to Bitterness" and "Ford Will Take Oath at Noon, Kissinger Agrees to Stay On". Much coverage, with photos, on the inside pages and the back page.
Tabloid-size, complete in 88 pages, nice condition.