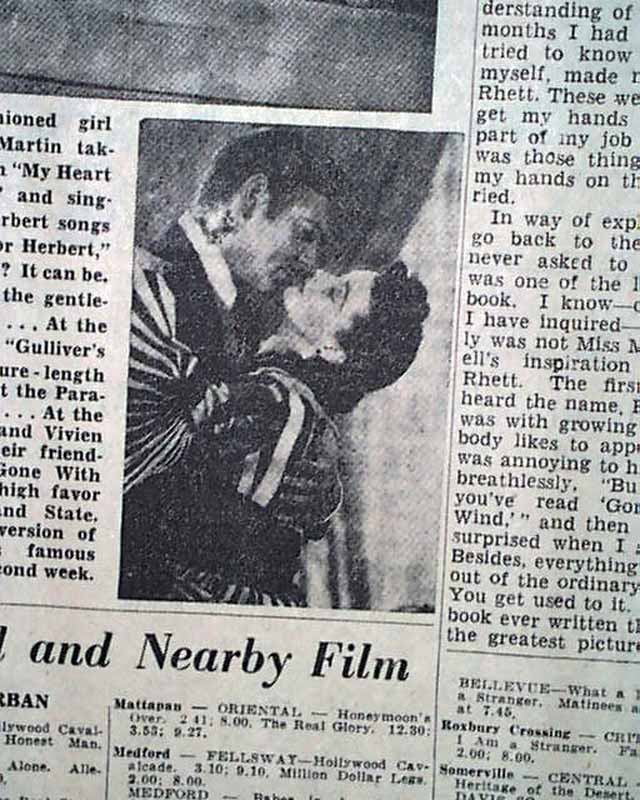 Page 19 of the issue dated on the 13th has a large photo of Vivien Lee. Page 5 of Section 3 has an article focused on Clark Gable which includes a small photo of he and Vivian Leigh embracing during a scene of "Gone with the Wind". This same page has a (very) small ad for the movie. Nice pair to have from the month this noteworthy film was released.
Both issues are believed to be complete, but are being offered for the described content. Although a bit fragile, they are good for the era.