Home > Back to Search Results > How Berlin was divided just after the war...
Click image to enlarge 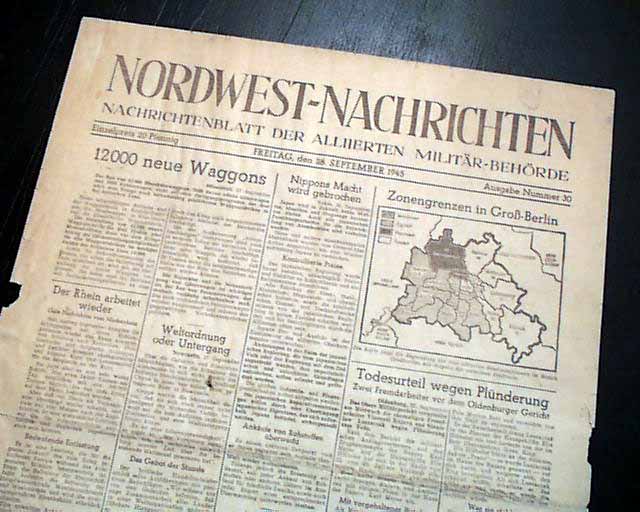 How Berlin was divided just after the war...


NORDWEST-NACHRICHTEN, Germany, Sept. 28, 1945  A notable post-war newspaper--totally in the German language--concerning the creations of the four districts of Berlin, noting the American, British, French, and Russian districts, the latter to be known as East Berlin.
The title translates: "Northwest News - News Bulletin of the Allied Military Authority". The map caption translates: "The map shows the boundaries of the four allied occupation zones in the district of greater Berlin with details of the individual city districts."
Tabloid-size, contains pages 1, 2, 5 & 6, minor spine indent, good condition.