Home > Back to Search Results > Blacks to have rights of citizenship in New York ? Washington to move to England?
Click image to enlarge 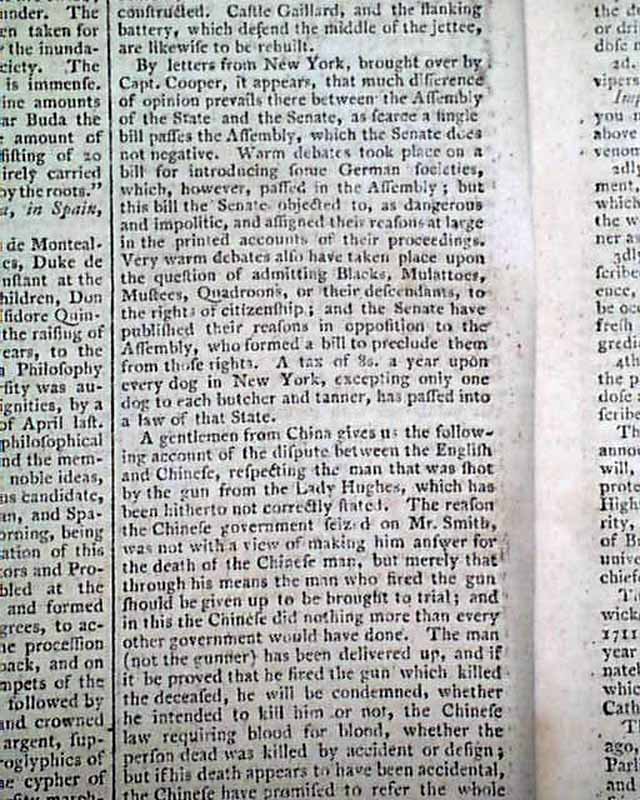 Blacks to have rights of citizenship in New York ? Washington to move to England?

* General George Washington to move his residence to England (?)
* Blacks to have citizenship rights in New York (?)

Page 2 has a report from New York with some news from the Assembly of the state which includes: "...very warm debates also have taken place upon the question of admitting Blacks, Mulattoes, Mustees, Quadroons...the the rights of citizenship ; & the Senate have published their reasons in opposition to the Assembly, who formed a bill to preclude them from those rights..." (see).
Page 3 has a brief item: "A report prevails, that General Washington, late Commander in Chief of the American army, has actually hired a house at Walworth in Surrey for the purpose of his residence."
Eight pages, 8 1/2 by 11 inches nice  condition.