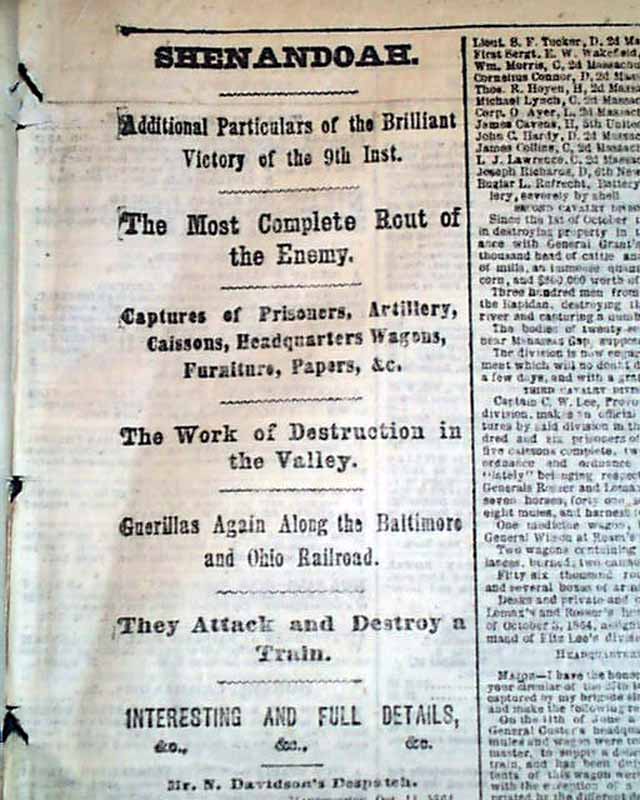 This issue has much reporting on the Civil War, perhaps the most significant being a page 5 account with heads: "Guerrillas Again Along the Baltimore and Ohio Railroad" "They Attack and Destroy a Train" "Interesting and Full Details".
This is an account of John Mosby's famous "Greenback Raid" during which he derailed a train and robbed the paymaster's box of $173,000. This successful Confederate attack on a major transportation artery of the Yankee forces did much to boost morale in the Confederacy during the closing months of the Civil War, and also was the exploit for which John Mosby would be forever known.
A wealth of other Civil War reports throughout--with much on the front page--but they pale in comparison to this notable event.
Eight pages, very nice, clean condition.