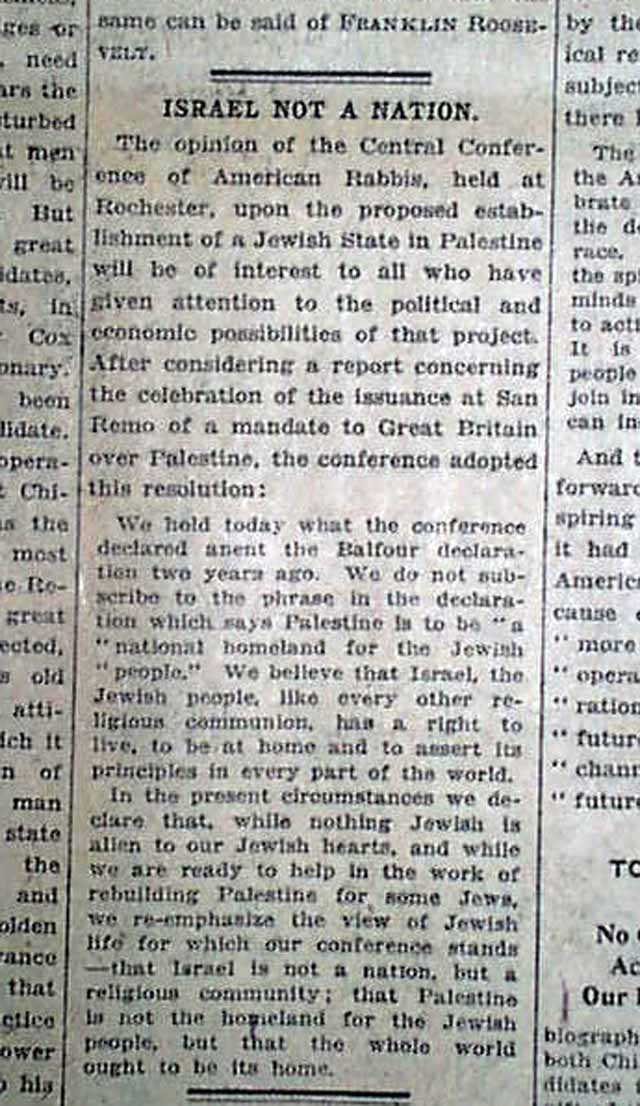 The middle of page 10 has: "ISRAEL NOT A NATION", which tells of The Central Conference of American Rabbis' declaration rejecting the phrase which states Palestine is to be a "national homeland for the Jews". The article includes their thought-provoking rational for their position. Page 17 has the brief, but interesting: "KEEP FOURTH IN PALESTINE".
The front page has the dramatic announcement of the Democratic Presidential Ticket of James M. Cox, for President, and Franklin D. Roosevelt, for Vice-President, which includes large illustrations of each. Good for display.
Complete is 32 pages, light toning at the margins with a small amount of chipping, semi-irregular along the spine, generally nice. See images for details.