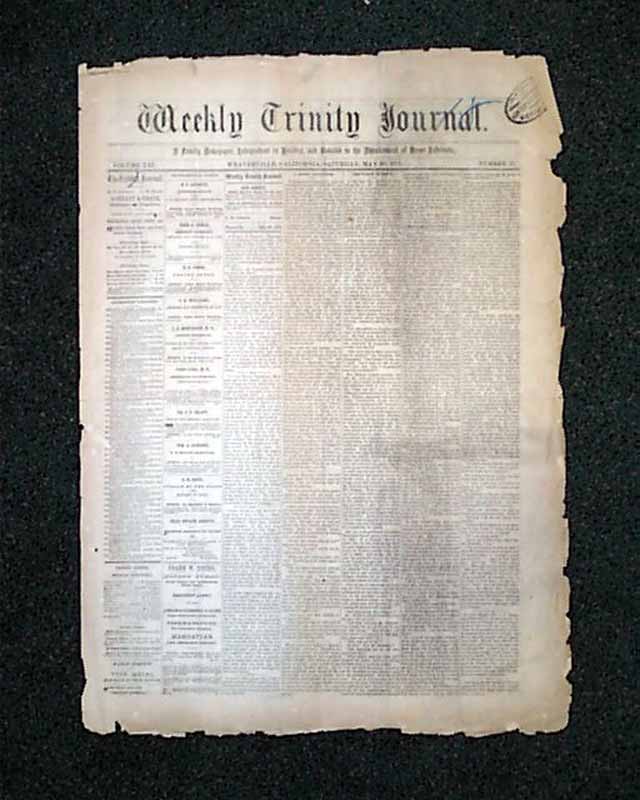 
WEEKLY TRINITY JOURNAL, Weaverville, California, May 20, 1876  A rare issue from this Northern California town and uncommon to find from the 19th century. The Weekly Trinity Journal gives an inside peek to daily life 100 years after the founding of The United States of America. Quirky and fascinating headlines include: "A MIGHTY LIVELY RAT HUNT", "CRIMES AND PUNISHMENTS" and a front page article describing 3 gentleman who "happened to meet at breakfast at the Grand Pacific Hotel." This is the first of this title we have had in some time. A complete four page issue filled mostly with various local news tidbits but many ads as well, many of which are illustrated. Even browning throughout, some tears at the margin which cut into text but still can be read, slightly irregular at the spine, a news agent's stamp above the masthead, blue colored pencil marks written on part of masthead and major chipping around edges.