Home > Back to Search Results > Review & premiere of "The Help", in a Los Angeles newspaper...
Click image to enlarge 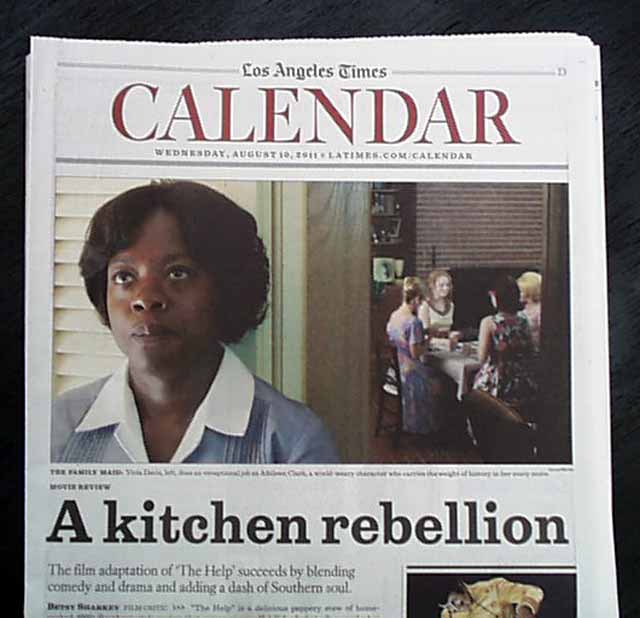 Review & premiere of "The Help", in a Los Angeles newspaper...

A terrific issue on the premiere of the motion picture hit "The Help", and perhaps no better issue could be found than this, it being the leading newspaper from the home of the entertainment industry - the Hollywood area's prime publication.
The front page of the Calendar (Section D) has a review of the film headed: "A Kitchen Rebellion" (with a related photo), and continues on page D11. Another article has: "Stone rolls swiftly to fame", which reviews Emma Stone's performance and continues on page D10. Perhaps the best item is the top-to-bottom-page advertisement for this noteworthy film.
The newspaper is believed to be complete in multiple sections, but is being offered for the described content. In very good condition. See images for details.

Background (Wikipedia): The Help is a 2011 American drama directed by Tate Taylor. Featuring an ensemble cast, the film is about a young white woman, Eugenia "Skeeter" Phelan (Emma Stone), and her relationship with two black maids, Aibileen Clark (Viola Davis) and Minny Jackson (Octavia Spencer) during the Civil Rights Movement in the United States. The film is an adaptation of Kathryn Stockett's 2009 novel of the same name. The Help was produced by DreamWorks Studios and distributed by Disney's Touchstone Pictures label.