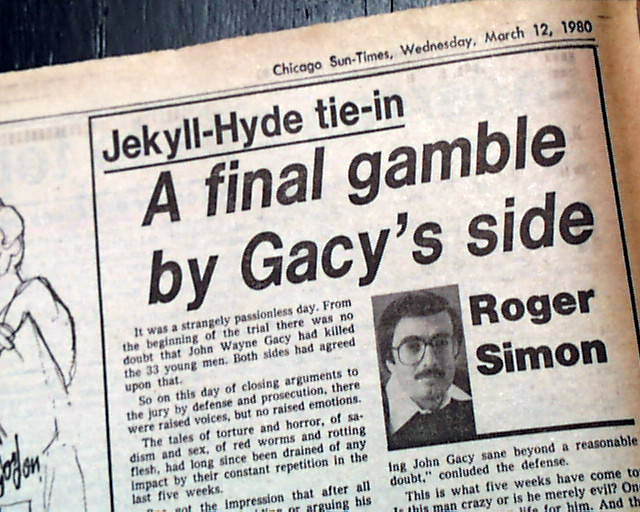 Page 4 has coverage at the end of Gacy's trail with headings: "'Do the right thing,' Gacy lawyer tells jury" and "Jekyll-Hyde tie-in; A final gamble by Gacy's side" with related illustration. (see) Gacy would be found guilty on this very day. Great to have in this Chicago publication, rare as such. I suspect this to be an extremely rare item because their was really no reason to save it at the time.
Complete with all 140 pages, tabloid size issue, minor light foxing at the margins, very nice condition.