Home > Back to Search Results > Politics, and those who aim to deceive...
Click image to enlarge 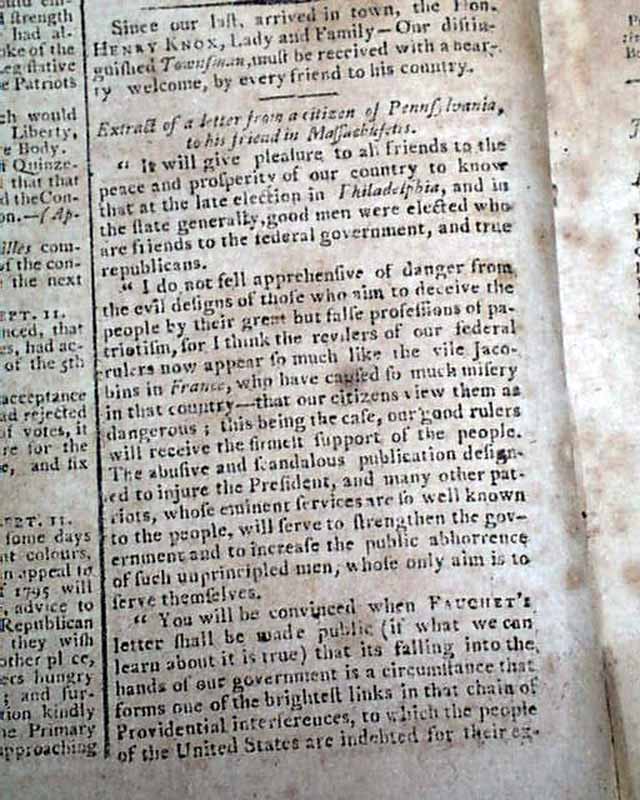 Politics, and those who aim to deceive...


COLUMBIAN CENTINEL, Boston, Nov. 11, 1795  The front page has much centering controversies with Oliver Wolcott, Jr., Secretary of the Treasury.
Page 2 has a letter  concerning politics noting in part: "...good men were elected who are friends to the federal government...danger from the evil designs of those who aim to deceive the people by their great but false professions of patriotism...our citizens view them as dangerous...The abusive & scandalous publication designed to incur the President & many other patriots...will serve to strengthen the government & to increase the public abhorrence of such unprincipled men whose only aim is to serve themselves..." with more.
Four pages, minor chipping at the right margin, good condition.