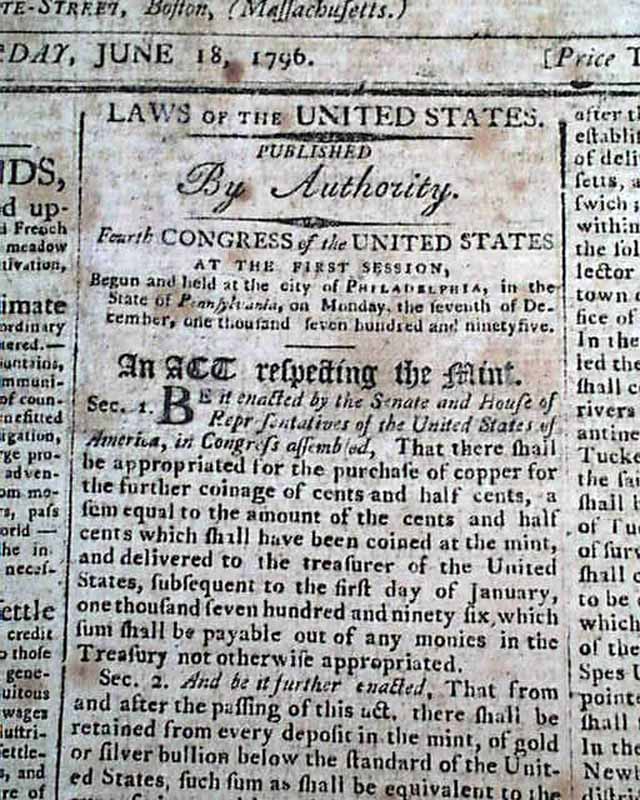 The front page has 3 Acts of Congress, each one signed in script type by the President: Go. Washington, plus part of a fourth Act which carries over to pg 2, also signed by Washington.
The very first, at the top of the front page, is: "An Act Respecting The Mint" detailing the ways & means of procuring copper for the minting of cents and half cents. A great & early numismatic item.
Also of significance is a pg. 3 item reading: "...reports...that the President will decline being considered a candidate for the Chair the ensuing election, I cannot find that he has given any intimations which warrant the reports. The general opinion here is that he will be elected unanimously, in which case it is presumed he will serve another Presidency." In fact, Washington would not run for a third term.
Both a very historic & displayable issue with the 3 ftpg. script signatures. Complete in 4 pages, some light foxing, good condition. 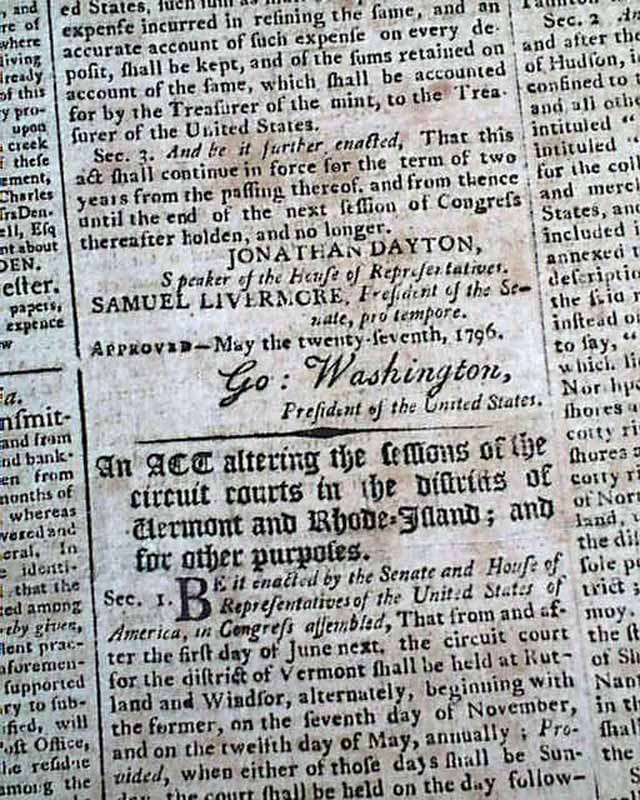 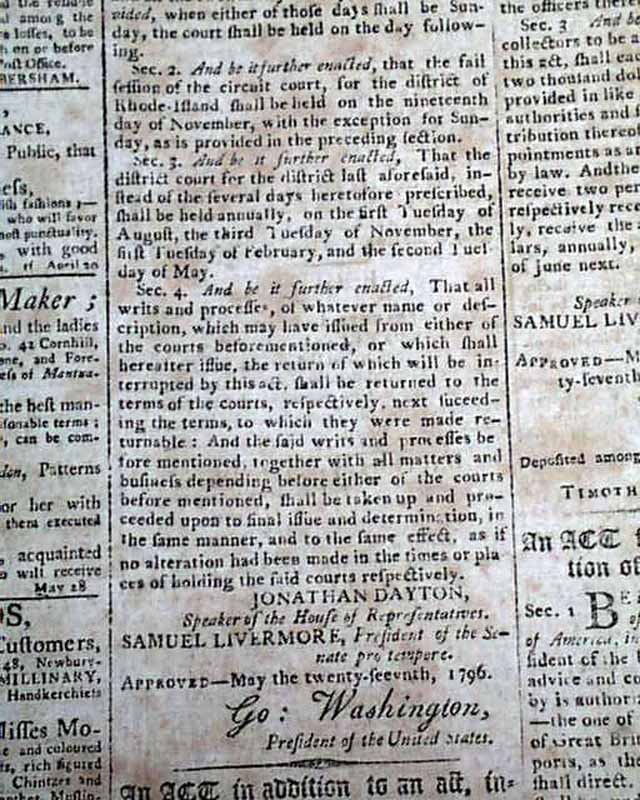 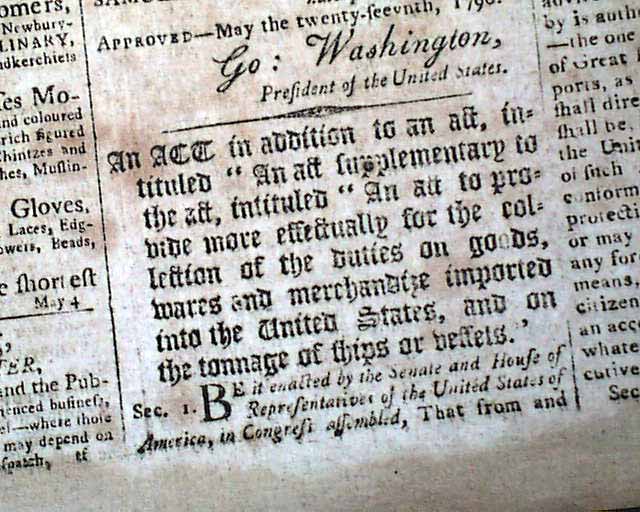 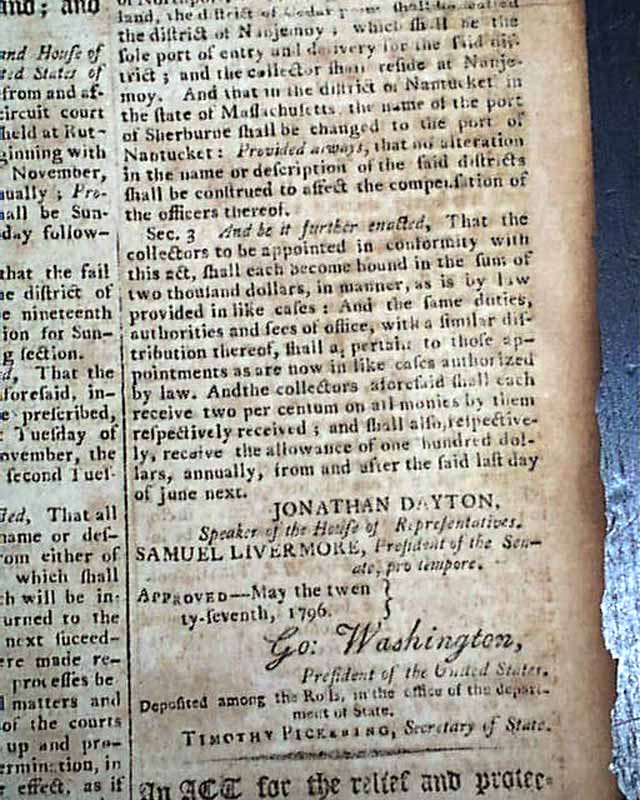 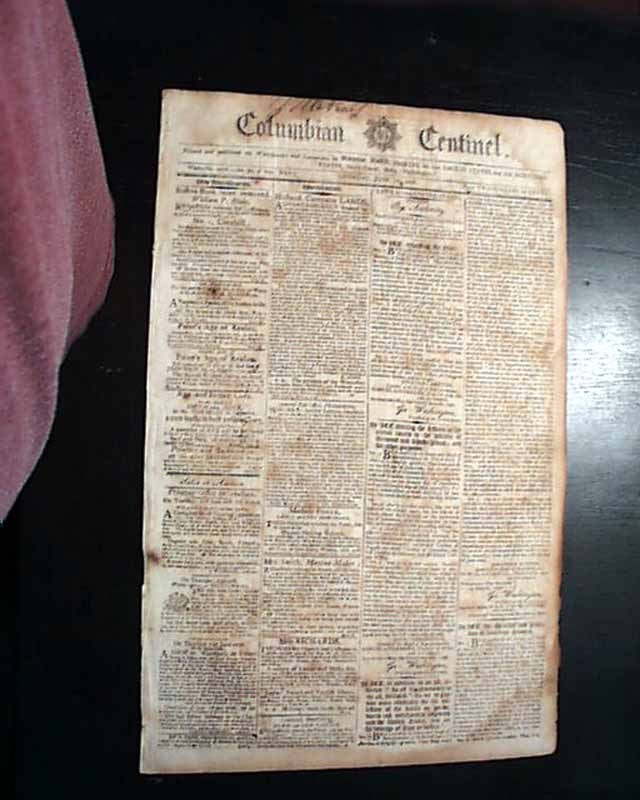 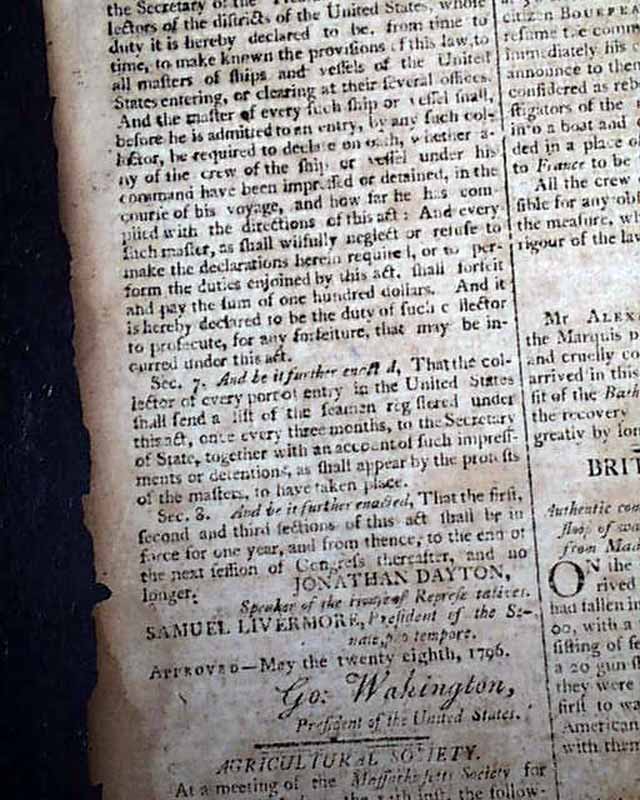 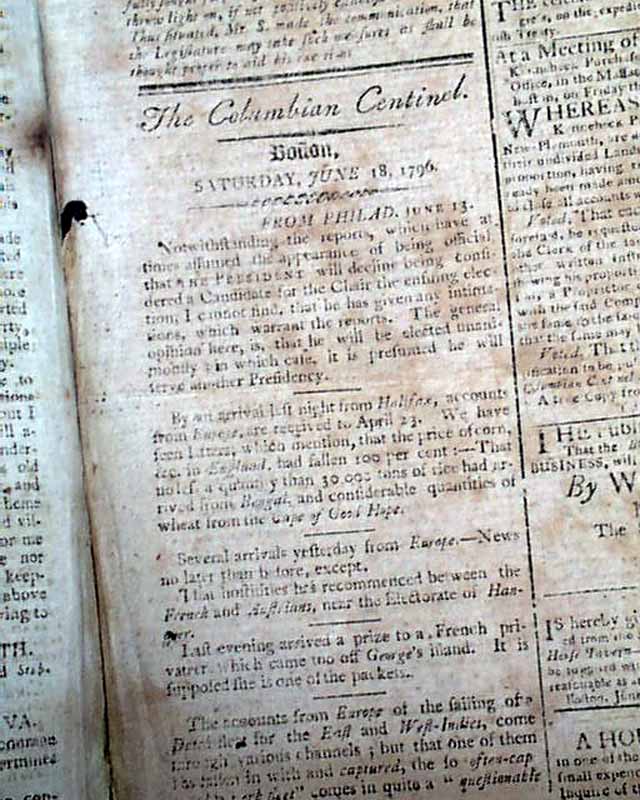