Home > Back to Search Results > King Kong, Chronicles of Narnia, Memoirs of a Geisha...
Click image to enlarge 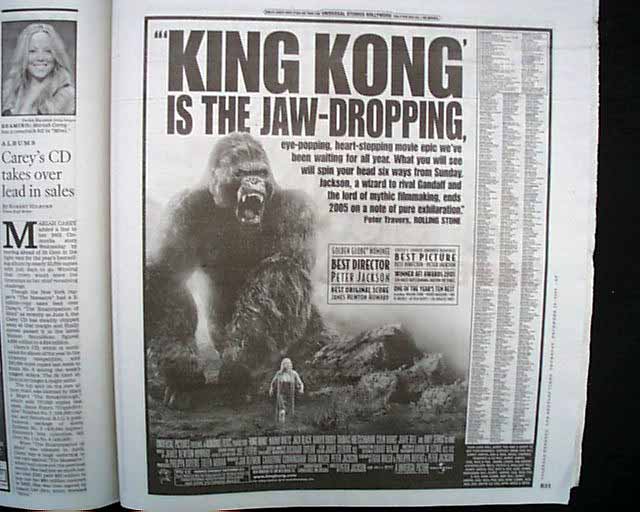 King Kong, Chronicles of Narnia, Memoirs of a Geisha...

Large ads from top 2005 movie hits found in the Calendar section. These illustrated advertisements include: "MUNICH", "MEMOIRS OF A GEISHA", "KING KONG", and "THE CHRONICLES OF NARNIA".
Also present is an advertisement and review for "CASANOVA", along with other small advertisements.
Very displayable. Nice to have in the premier entertainment title from the Hollywood area.
The complete issue in good condition. See photos for details.