Home > Back to Search Results > Week of premier of Lady in the Water... Wizard of Oz inspired art...
Click image to enlarge 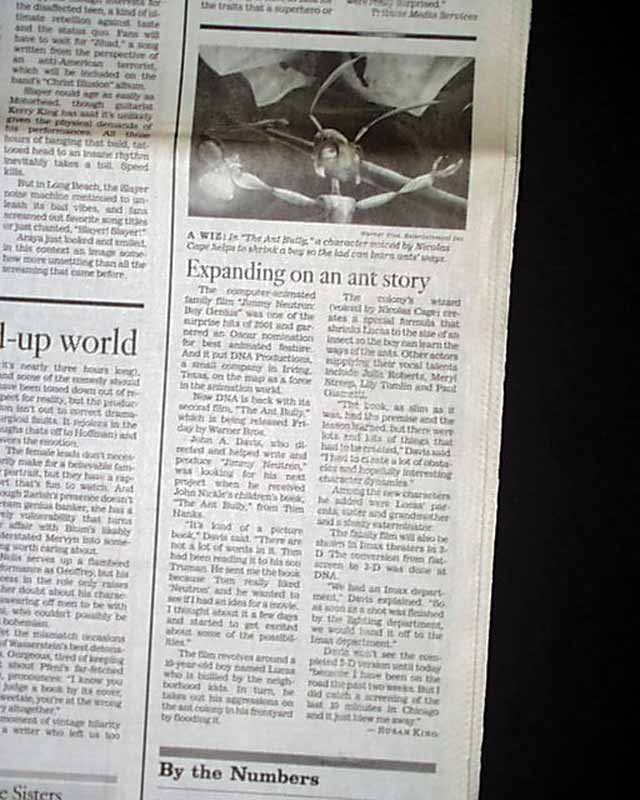 Week of premier of Lady in the Water... Wizard of Oz inspired art...

The Entertainment section has a week of ad for "Lady in the Water", "Expanding on an ant story", "10 candles for Radio Disney" with subheading "Jesse McCartney is the hit of the evening" an "Chicks settle into a new nest" with subhead: "On the Outs with former fans but finding new ones, the trio makes a straightforward start to a new tour that could help redefine it".
Page E6 has an article on art work inspired by THE WIZARD OF OZ.
Additionally, movie ads for "Pirates of the Caribbean Dead Man's Chest", "The Devil Wears Prada", "Lady in the Water", "You Me and Dupree", "Superman Returns" and "Monster House"
Believed to be complete but being sold for described content. Nice condition.