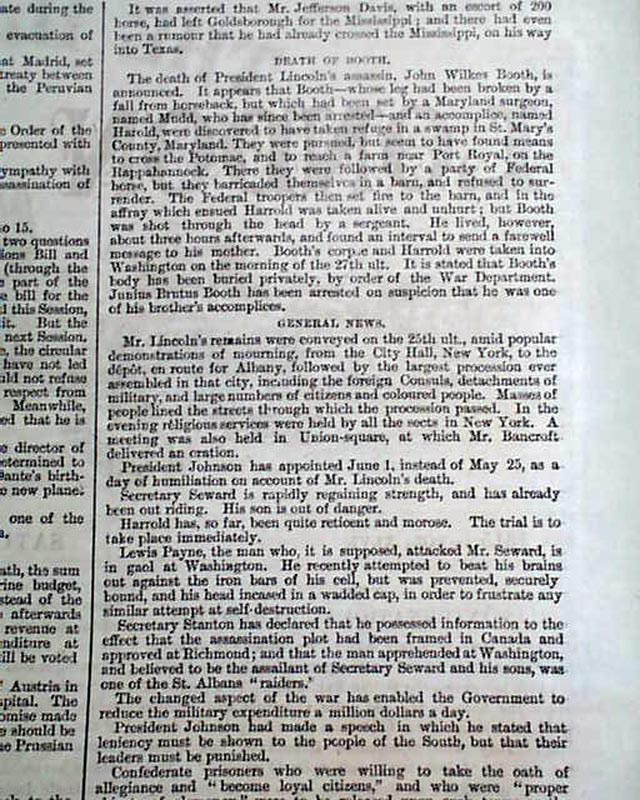 This famous British newspaper formatted much like Harper's Weekly has American content from the end of the Civil War.
Page 2 has an article: "Death of Booth" which mentions in part: "The death of President Lincoln's assassin, John Wilkes Booth, is announced...Booth--whose leg had been broken by a fall from horseback but which had been set by...Mudd, who has since been arrested--and an accomplice, named Harold, were discovered to have taken refuge in a swamp...were pursued...barricaded themselves in a barn & refused to surrender...set fire to the barn...Booth was shot through the head..." and more.
This is followed by: "General News' concerning Lincoln's funeral and other conspirators in the Lincoln assassination.
Inside has a half page print; "The National Mourning In Broadway, New York, for the Death of President Lincoln" with a related article as well.
Complete in 24 pages, very nice condition.