Home > Back to Search Results > Nazi capital is captured...
Click image to enlarge 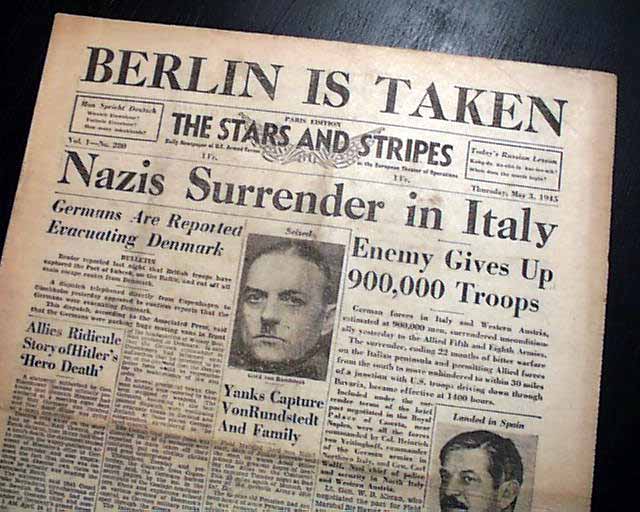 A banner head above the masthead proclaims: "BERLIN IS TAKEN" and a banner head beneath the masthead: "Nazis Surrender In Italy" with various related heads on World War II. Also a photo of a German spy being executed. Several war-related photos within.
Eight pages, never bound nor trimmed, good condition.

Military "camp" newspaper from the So... 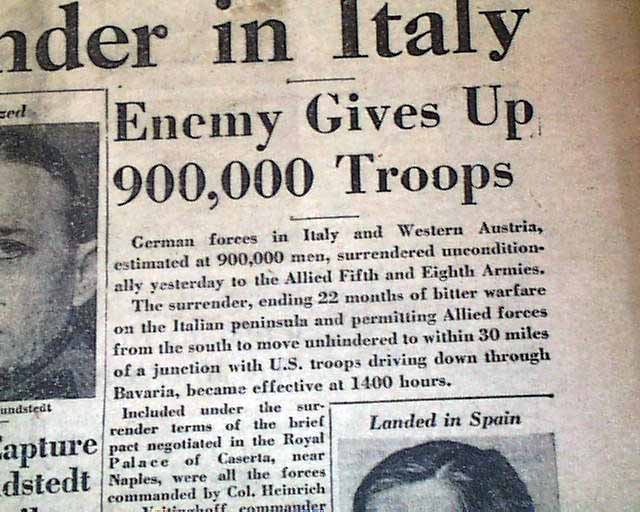 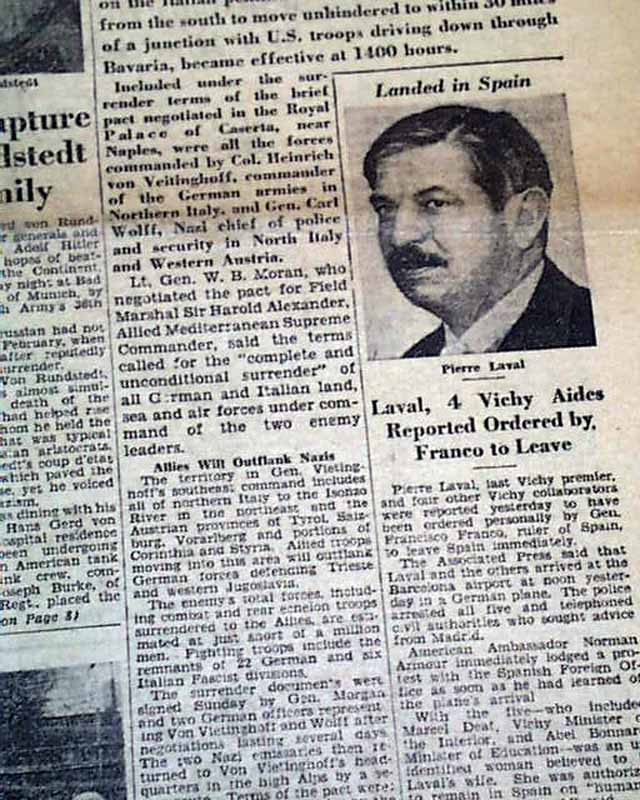 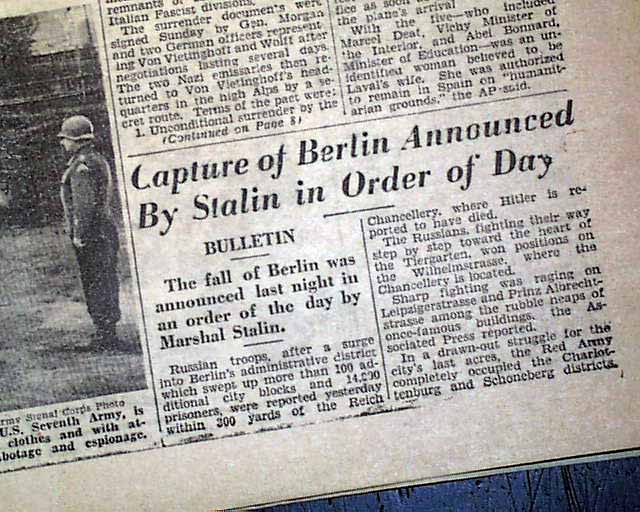 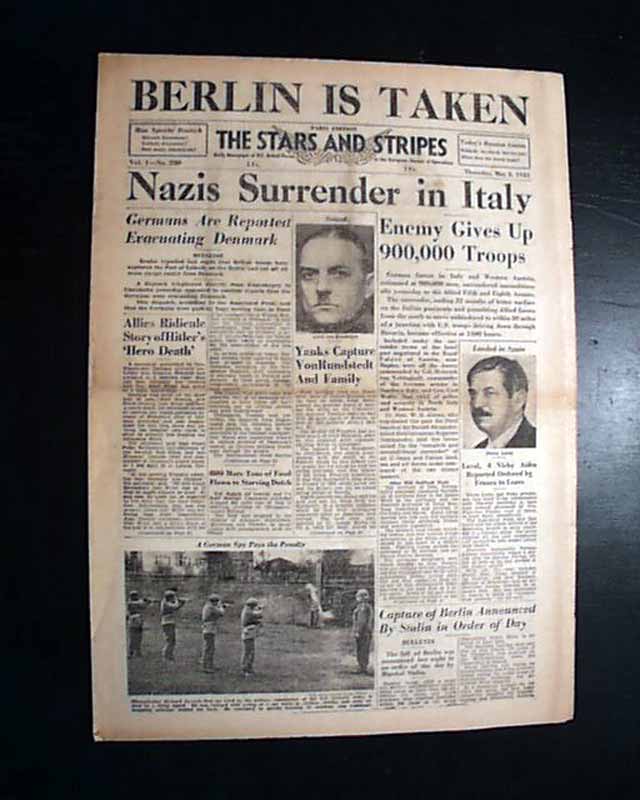 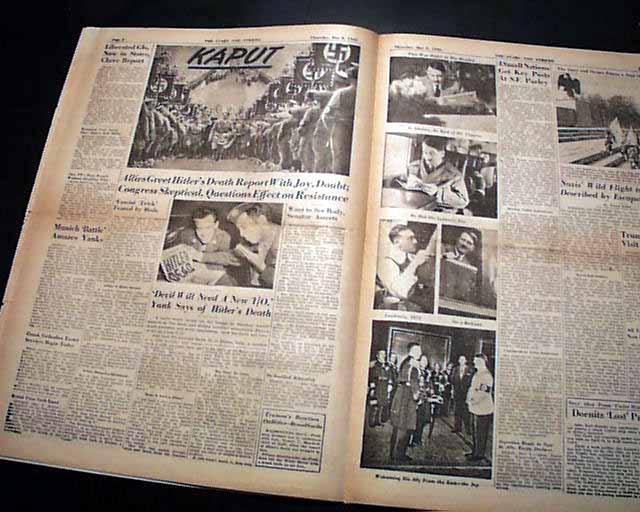