Home > Back to Search Results > A 1690's discussion regarding "eating blood"...
Click image to enlarge 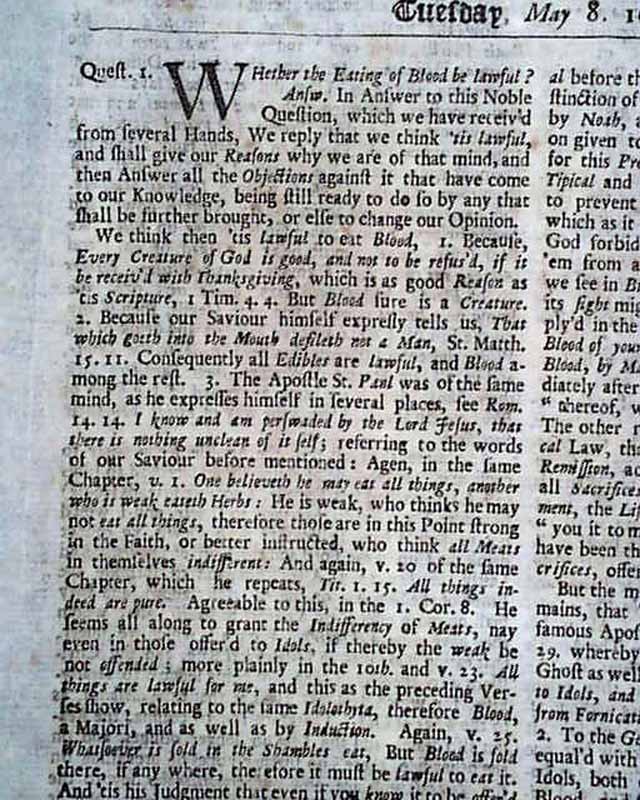 The entire issue is dedicated to answering the question of whether it is "lawful" for Christians to "Eat Blood", and the difference between the Christians and Jews in this regard. Considering the ongoing "Jewish Blood Libel" issue/accusations, and the misunderstanding of the subject in general, the background and analysis is quite interesting.
This was a fine gentleman's newspaper which was very popular in the coffeehouses of early England. A very early English periodical now over 3 centuries old.
This was one of the newspapers which was done in question/answer format.  - published at a time when there weren't any newspapers in all of the American colonies.
A single sheet newspaper printed on both sides (typical for the period), measuring about 7 1/2 by 12 1/4 inches. Published by John Dunton. Nice condition.